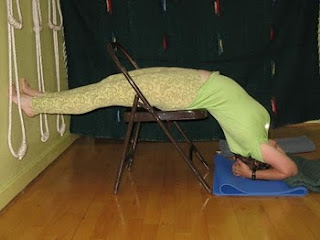 Marly: You have been through a lot lately. Both of your parents, two intense and colorful figures, died recently and, like so many married people, one right after the other. Would you like to give a little thumbnail sketch of each?

Robbi: You are right to say that my parents were "intense and colorful" people! My father was born in Philadelphia, and even before his birth, he was unfortunate. His young father, less than 40 years old, died of a heart attack the week before he was born. There were already two children, and no willingness on the part of his father's family, who were rather well off, to help out. My grandmother, a difficult woman, depressed and obsessive, took in sewing until my father was old enough to wander the streets in search of food and coal, which he snatched from passing coal trains as it fell to the rails. He stole fruit from pushcarts parked in the streets. For a while, he and his siblings were put in an orphanage because his mother was unable to care for him.

Later, his Tourette's became so severe that he was hospitalized for two months because of misunderstandings about what he had. He joined the air force early on in life and flew 35 missions over Germany.

Following that war, he volunteered in Israel and flew planes for their air force and helped to start one of the nation's first kibbutzim, a collective farm for Jewish socialists from all over the world. That's where he met my mother, who was there with her sisters.

My mom had a very different early life, a life of privilege in Capetown South Africa, where her father was the postmaster. She was happy and popular, unprepared to deal with a difficult brooding person like my father.

Her life with him was hard, since he took out his rage on both of us, but she stayed with him for 60-some years.

They adored each other, and spent every minute together. He tried to care for her when she got dementia, but couldn't manage it.

I miss them both very much.

Marly: Your synagogue is a big part of your life. Can you explain why the focus and concerns of Reformed Judaism appeal to you? [Drat. I was afraid that I had the wrong “R,” and I did.]


Robbi: I am not a reformed Jew, but a Reconstructionist. Reconstruction is left of reform politically speaking. Practically speaking, this means that we do not feel comfortable speaking of Jews as "the chosen people" or other practices that exclude people who are married to or are part of the extended families of those who belong to the shul. The matzor, or prayer book, for Reconstructionism is non-sexist and refers to God without any gendered pronoun. But that is all just window dressing. For me, being a Reconstructionist is different from belonging to any other synagogue, and I have belonged or tried to belong to other kinds, because it encourages life-long learning. It is not just children who take classes, learn Hebrew, ask questions, and are expected to investigate basic questions about Judaism and Jews, but adults, throughout their whole lives.


I never had a bat mitzvah when I was young, even though most other people in my neighborhood did have bar and bat mitzvahs. My parents were aggressively anti-religious, and my extended family was Orthodox, which means they didn't hold with girls having such ceremonies. I felt at once attracted and alienated from Judaism, partly because I was not welcomed, as a girl, to be a real part of things. But also because my parents disapproved. And what kid of 10-13 wants to go to school for extra times two times or even more per week?

But I had a bat mitzvah, along with several other women, ranging from late 20s to 70s in age. I was right in the middle. It was one of the most wonderful days of my life! [And more]I sing in the choir, and this is also a central part of my life. Until recently, I belonged to a Torah group, studying the first five books of the Hebrew bible or Tanakh in English. I can't be in it now because I teach on Tues. and Thurs. afternoon.

There are so many things. It's too bad my family (my husband, who isn't Jewish, and my son, who is) isn't interested, but it's important to me.


Your grandfather’s a mountain.

Although he passed some time ago,

on maps and part of local lore.


In contrast, Greeks and Romans

once made gods of sea and storm,

each willow housed a dryad,

all the earth alive, divine.

themselves gods, charted their

built up by human hands, while

with chunks of polished granite,

to last, if what’s within is not.


Your grandfather outdoes them all,

a modest farmer, his mountain

stands unchanged, and will

as long as there are maps, and even


beyond that, for named

or nameless, the mountain

shapes the world around it,

makes this a place, marked by

its jagged silhouette against the sky.
Posted by Marly Youmans at 10:00 AM