To make or not to make-- 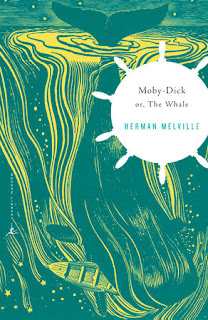 This post is especially for Tim Davis, a retired professor who often visits here, and who just wrote a post about why writers write. He also linked to a Huffington Post article about the same. I started to answer him on his post and then realized my response was not a comment but a post itself and probably could be a book, though luckily I have no desire to write a book about the subject. Out this post goes with best wishes to him for better health.

Of course, I don't know why the group called writers write. I only know why I write, and why I did not stop when having my third book come out at FSG within two weeks after 9-11 destroyed my so-important "numbers," or why I didn't stop when various editors orphaned my books by leaving FSG or LSU or Godine before pub date, or why I'm still writing today. Those things don't make me special; every published writer has a collection of such stumbles and pieces of ill luck, and plenty of us have made wrong choices along the way.

So here it is: my plain truth. No varnish. No trim.

Playing with words can feel like joy streaming through the body.

There is little that is stranger, wilder, and more thrilling than to go to what feels like a fount and to bring back a pail brimming with golden water.

The call is to bring a shaped thing out of the welter of things and names: to create using the materials of Creation.

A strange part of all this leaning toward shapeliness is that a writer is also made, enlarged, changed and transformed. She may fly into ethereal realms or trudge through the underworld, may die on the phoenix pyre many times. She experiences redemption, loss, debasement, courage, all wax and wane--a whole gamut of ways of being. She loves the unloveable as well as the much-loved. Like a fantasy object, a writer becomes bigger on the inside through making poems and narratives.

Giving a made thing away in the form of a book and having it be received is also fine. And lovely. And makes a writer pleased and glad. But when the book goes out from the writer, it is just that: gone out. Whatever flame it has may continue to burn elsewhere. Something new needs to be born. Yeats's Wandering Aengus chases his silvery trout lady until he is an old man; he will go on till times and time are done.

You ask about money and writers. Expecting to be rewarded financially for art in our current times is dangerous to the self: see all those annoying studies on black swans for evidence! Almost nobody is rewarded with a consistent living wage; as in many arts fields, a few (and often not the best) take home the main financial reward. I know people who were deeply harmed by not understanding this brute fact. Expectation of financial reward broke them. Expectation of easy publication broke them. Expectation that others would support their work out of love broke them. (Publication is, of course, easier now, with so many new modes, but writers of my generation did not have so many choices. Having many choices presents new problems and unintended consequences, but that's a different rabbit hole to be explored.)

In the comments, you question whether art or "readers and filthy lucre" matter most to the writer. One writer is not all writers, but maybe the life of one writer can shed light on your question. Earlier, you mentioned Hawthorne and Melville; the latter is an especially instructive example. Melville suffered mightily from the withdrawal of readership and encouragement over time, and he lived so very long without it. In the face of people who thought him nigh-mad, in the no-face face of being ignored and forgotten, he kept on making art, writing poems and fiction. He persisted. He died with Billy Budd in the papers on his writing desk. That's courage. Despite whatever flaws a biographer might gleefully unearth, that's human nobility. That's deep-diving devotion to beauty, truth, goodness, and creation.
Posted by Marly Youmans at 10:35 AM 17 comments:

When I could have been doing research or cleaning the house or writing something more sensible, I have been seized by the possibly-silly impulse to quorate. And as both my current forays into Quora deal with collaborator Clive Hicks-Jenkins, I shall post links to my answers.

Who is your favorite illustrator?

If you had to live inside a painting forever, what painting would you choose?


Your answer to What's the difference between "still life", "lanscape" [sic] and "portrait" when talking of paintings?

Your answer to I have an idea for a book. How do I write a fiction story step by step?

Your answer to My parents hate/are scared of some of my art pieces and don't want me to create more similar types. How should I justify my means of painting them?
Posted by Marly Youmans at 6:17 PM 6 comments:

The Rollipoke News no. 3 is now out! If you're a subscriber to my newsletter, please check your spam if you do not see a copy.... (And if you wish to subscribe, leave your email address in the Rollipoke subscription slot in the right-hand column.)
Posted by Marly Youmans at 5:57 PM 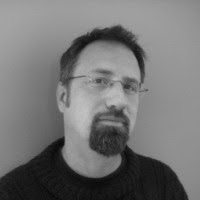 Novelist and poet Seb Doubinsky (he writes in both French and English) has a new project he calls "The Tabago Page." Interviews with writers will not focus on marketing and promotion but try to dig a little deeper into the work and the novelist or poet (or the poet-novelist or novelist-poet. Not sure what I am!)

Here is my interview.

And thanks to those who have already shared on social media.
Posted by Marly Youmans at 5:09 PM 11 comments:

"Featuring the weird and wonderful, the imagined and the exaggerated, with prints and original paintings by artist, illustrator and designer Clive Hicks-Jenkins and York based painter Sarah Raphael-Balme."

As you can see, original art from Maze of Blood is among the offerings. (The book was Finalist, Forewood Book of the Year Awards, and was featured in Favorite Books of the Year at Books and Culture and Books of 2015 in First Things.) And there are cunning little pendants from Clive as well.

More about the Sarah Raphael-Balme and Clive Hicks-Jenkins here.

Posted by Marly Youmans at 9:02 PM No comments:

"Spirit-fall," a poem influenced by Yoruban chant and ancient Hebrew poetry. Originally published by editor Jonathan Farmer in "At Length." Part of a longer sequence. I made the recording using Audacity, and Paul Digby tinkered with the sound afterward.