When a wonderful writer writes a essay about a book of mine that is more than twenty years old, well, I am more touched and grateful that I can easily express. It could not have come at a better time--a time when I, like Catherwood, have been wandering in a wilderness, though mine is not the same as hers but more the sort of Hansel and Gretel forest that a writer sometimes wanders when feeling particularly alone in the art.

It's a beautiful essay. Catherwood has (so I have been told) made many people cry, but only once has a piece about the book given me tears.

Another poem at Autumn Sky

I've been seldom-seen in these airy rooms--lots of celebrations and time-consuming activities and also deadlines. But here's a little nibble:

Slung down from heaven, torn silks whipped
By precipitous wind, he tripped

From air and rammed the blasting sea

Read the whole poem here. And yes, I love the poems of the Cornish poet Charles Causley; this is a nod to his beautiful work, particularly the poems inspired by his naval service. A surprising and often ravishing writer, he is neglected on this side of the puddle. But not by me.

So please take a plunge if you're not violently opposed to myth, sea, falls, and rhyme. You can also comment or use a whole wild array of like-share buttons, and there are links to three other poems by me at the foot, "I Met My True Love Walking," "Epistle to F. Douglass," and "Landscape with Icefall."

Elsewhere, thanks to novelist Emily Barton for recommending Catherwood (Farrar, Straus & Giroux, 1996) in the new issue of Post Road Magazine (issue 31.) Must check on that reprint! Forthcoming...
Posted by Marly Youmans at 9:48 AM 11 comments:

Quite a week. I'm glad it is over. The hysteria still rages on social media and elsewhere, but maybe it's already time for a cup of tea and a poem.

Also in the week's worry, my family's ridge-top solar envelope home in Cullowhee was saved from the wildfires by bold and brave firefighters. I thank them for that and think of them every day as they go on boxing with state-of-emergency wildfire in western North Carolina.

Go get your cup of tea. As my tiny first-grade daughter once said, sitting down with a British friend and his daughter, "I like a nice cup of Darjeeling." You might also. 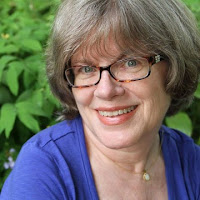 And here's the accompanying suitable-for-tea poem, "Jane Austen Strolls the Upper Rooms," just up yesterday at E-Verse Radio, the baby (he also has a charming flesh-and-blood baby who distributes smiles on social media) of poet Ernest Hilbert. Auto-correct believes he is an earnest filbert, but he is not (though perhaps, like many of us, willing to be a bit of a nut now and then.) Thank you to poet Luke Stromberg for asking. I'm glad to have met him in the tangible world, but you may also meet both poets on E-verse and elsewhere in the E-world.

I like being asked, as I'm a bit lazy about the labor of sending poems out in the world. It's like laundry--I wash, I dry, I fold. Then the things sit around in a basket for a while before I force myself to put them away. Only poems sit around longer.
Posted by Marly Youmans at 9:45 AM 4 comments:


A Veterans Day post in memory of a 17-year-old Georgia sharecropper's boy who joined up with the Army Air Corps 91st Bomb Group and fought as tail gunner on the Incendiary Blonde during World War II...

Requiescat in pace, Hubert L. Youmans. You traveled a long way, up from the Minnie farm. Major Youmans. Professor Youmans. My father.


A Front
by Randall Jarrell

Fog over the base: the beams ranging
From the five towers pull home from the night
The crews cold in fur, the bombers banging
Like lost trucks down the levels of the ice.
A glow drifts in like mist (how many tons of it?),
Bounces to a roll, turns suddenly to steel
And tyres and turrets, huge in the trembling light.
The next is high, and pulls up with a wail,
Comes round again - no use. And no use for the rest
In drifting circles out along the range;
Holding no longer, changed to a kinder course,
The flights drone southward through the steady rain.
The base is closed...But one voice keeps on calling,
The lowering pattern of the engines grows;
The roar gropes downward in its shaky orbit
For the lives the season quenches. Here below
They beg, order, are not heard; and hear the darker
Voice rising: Can't you hear me? Over. Over -
All the air quivers, and the east sky glows.

One of the many things that I want to do (too many!) is to transcribe my father's mission notes. Maybe I'll get to that in the coming year.
Posted by Marly Youmans at 1:53 PM 6 comments:

Not so long ago I wrote a group of poems for the Phoenicia Publishing anthology on the Annunciation, and then let publisher Elizabeth Adams pick what she liked best. One of the poems was about a medieval prayer-nut, and it appeared in John Wilson's Books and Culture.

Now there is some new research about prayer-nuts or prayer beads, and I think it wonderfully interesting. A fascinating article in the Globe and Mail tells us some things we've never known about these tiny, strange, packed-with-image orbs.

It turns out that a good deal of what's inside is invisible to the viewer, which is rather like the biblical idea of believing in what is unseen: "Now faith is the substance of things hoped for, the evidence of things not seen" (KJV Hebrews 11:1). Catherine of Aragon and Henry VIII at prayer are hidden behind a pillar. A rack of flayed humans is half-hidden behind the mouth of hell. The CT spies out detail that the owner of the bead never could have known.

How are these little miracles of the seen and unseen made? We now know much more than we did when I wrote my poem. The Art Gallery of Ontario has been peering around inside the beads. "The AGO’s micro-CT scans reveal for the first time that they were carved from a single piece of boxwood, but in parts, like stage sets, then held together, grain aligned, with tiny boxwood pins smaller than a single grass seed."

An experienced master craftsman, with the help of many CT scans, has now taken one of these apart, and so new secrets are known. "Craftsmen used tiny five-centimetre-long tools to drill and gouge and vein the exquisitely detailed religious scenes within the beads – some of which depict dozens of characters in full regalia and action, in a space about 2.5 centimetres wide and 1.5 cm deep." Take a look at the article; if you love the medieval world, you will find that the description of research on these small marvels is packed with interesting details.

The original post about my prayer-nut poem here.
Includes links to beads at the Met.
The poem about the prayer-nut here.
Books and Culture.
The new findings about prayer-nuts here.
The Globe and Mail. With lots of images! (And, oddly, Trump and Comey.)

"The final result is an international exhibition, Small Wonders: Gothic Boxwood Miniatures, that premieres Saturday in Toronto at the AGO, and then travels to the Metropolitan Museum of Art and the Rijksmuseum. Toronto’s boxwood has hit the big time, baby." --Ian Brown
Posted by Marly Youmans at 5:10 PM 7 comments:

They are all gone into the world of light!
And I alone sit ling’ring here;
Their very memory is fair and bright,
And my sad thoughts doth clear.

It glows and glitters in my cloudy breast,
Like stars upon some gloomy grove,
Or those faint beams in which this hill is drest,
After the sun’s remove.

I see them walking in an air of glory,
Whose light doth trample on my days:
My days, which are at best but dull and hoary,
Mere glimmering and decays.

Read the whole marvelous poem here. The star in the tomb is perfection!

Thinking about my dead in Vaughan's "world of light," and about the past, so full of nightmares and riotous, seems to adjust the scenery of the world for me, and that is good. Is there an election? Will one of the candidates, both quite problematic but in different ways, win? Like the prophet's Daniel's nightmare visions of four great beasts (i.e. rulers), these ill dreams too will pass away.

For some reason (don't know why, truly), I have stopped mid-novel and am having a burst of sonnets. It started on the 22nd, and by All Hallows, I had eight, a mix of Shakespearean and Petrarchan. So far. Or maybe I am done. Who can say? Some things are pleasing mysteries. Like light in the darkness on All Saints Day.
Posted by Marly Youmans at 4:25 PM 8 comments: