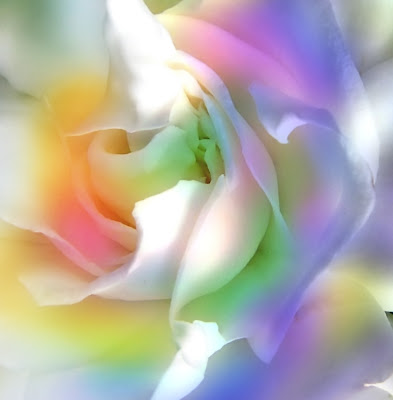 The Pot Boy has not yet moved from the fire. If you have a question, leave it in the question box, one post below… When he moves, all will be answered!

Today is the birthday of my paternal grandmother, Kate Deriso Youmans of Lexsy, Georgia. In the past decade I’ve heard that her grandparents owned much of Treutlen County and were big slave-owners. Evidently they lost everything after the Civil War and were pitiful and often starved in their old age. I found the idea that they had been owners of land and slaves very startling because I had long connected my grandma's past history with the sort of plow-mule poverty that features in James Agee’s Let Us Now Praise Famous Men and the accompanying photographs by Walker Evans. The shack at Lexsy was crowded with flowers and trees and a great shining hedge that shaded the porch; it is a primary place in my imagination, a place out of time—the sort of place where people do the same things in the same way for hundreds of years. 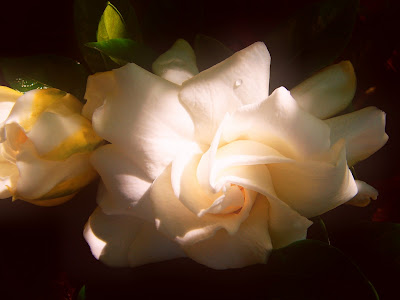 Kate Deriso Youmans was a Primitive Baptist who lived hard and close to the bone; she was a sharecropper in the Depression and for most of her life, and she could make fried chicken and cakes and pies like nobody's business. At the farm, we would go out on adventures to gather food, crossing a stream to collect the wild sweet plums, yellow and clear red, or toting buckets for berries. My grandmother carried a cudgel against cottonmouths and rattlesnakes from the swamps. It seemed to be that she was always busy shelling lady peas or canning peaches or capping blackberries, her arthritic fingers never at rest. Her table was always a bumper crop.

She gave birth to six children. In her youth, she was called "Little Bear" because she was willing to defend them with her fists if she had to do so. Willie, a little boy nicknamed “Peter Rabbit,” died of meningitis in the wagon on the way to the doctor. The others grew up and became what they became. My daddy became tailgunner and a chemist and then a Professor of analytical chemistry. He is dead, and she is dead, and the world is still spinning and flowering and burning and needing all the things that it needs so desperately. 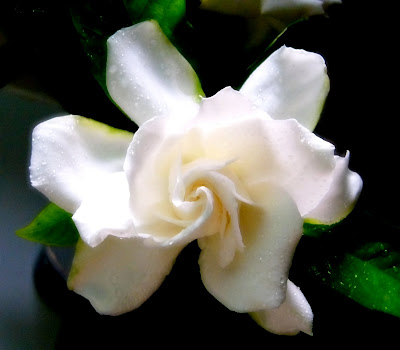 In speaking of her, I have limited what she is. She rode wagons under the stars, she pushed children from her body, she buried a child, she plowed a mule and labored in the hot Georgia sun, she did infinite things I do not know. Widen all that I have said by a thousand miles on foot and add a million over-heated suns, and you and I might get an inkling of what that life was like.

Credit for photographs: The gardenias are courtesy of "xymoneau" or Dez Pain of Australia and www.sxc.hu/. I believe I've used some of xymoneau's images before... 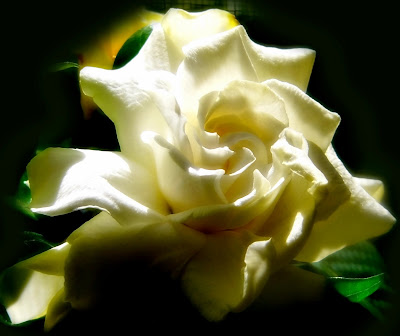 Here is how my day is going:

I start out the outer-world part of my day by running two blocks to the bus-stop to hand R the forgotten dowel for her dratted art project: all this dressed in my bathrobe, tucked under a long coat. The thermometer says 10 below zero--dunno if I believe it, but it's cold. Fine. Done. Can sit down and work on the FAFSA form at last.

Oh, only a two thousand pound backpack... Only a thing as big as a small icehouse that straps to one's backside. Only every single book and notebook and pencil needed to attend high school.

The Return of the Pot Boy 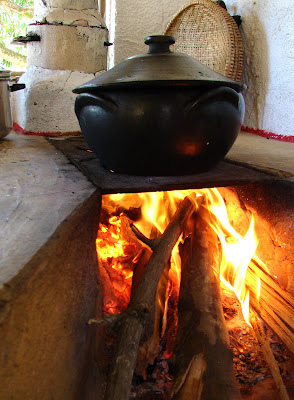 Creative speller, bonfire-maker, collector of hats, and history teacher Susanna of Alabama has suggested in the Comments that it is high time for the Pot Boy to stir up some mischief. As I am bogged down in college searches, revision of a 60-poem ms., horrid financial papers that don't bear thinking about (must pay taxes, must send three children to college), story requests, and being Mama, I think this a first-rate idea.
I have rousted him from the chimney corner by the fire (yes, I have a real old-fashioned chimney corner in my cottage of sagging floors, as well as an I-beam that holds up the floors as well as it can), and that daring young fellow has pronounced himself eager and willing to entertain questions. You may recall his piratical ways, his seizure of the premises in the guise of Palace Advice Columnist, and his dispensing of Pot Boy wisdom to novelist, poet, art teacher, person of ungraspable foreign name, child, graphic novelist, and nature photographer. You do not have to be one of these (though you may be) to ask for his sterling advice, but you do have to deposit a question.
In case you need to refresh your memory about his role and ambitions in life, you may inspect them here (and elsewhere in snips and jots of news):
The Pot Boy Spouts Off
The Pot Boy Meditates on the Tea Cosy
The Pot Boy Gets the Boot
Ask the Pot Boy, contd.
Ask the Pot Boy
The Pot Boy Tells All
Need advice or answers on matters of the heart, pots and pans, etiquette and protocol, the hunting of buffalo, why mome raths outgrabe? Please leave that question. Nothing under the sun is safe from the Pot Boy's eloquence.
Image credit: Photograph courtesy of http://www.sxc.hu/ and Valber Cortez of Maceió, Brazil.
Posted by Marly Youmans at 4:00 AM 19 comments:

Email ThisBlogThis!Share to TwitterShare to FacebookShare to Pinterest
Labels: the Pot Boy 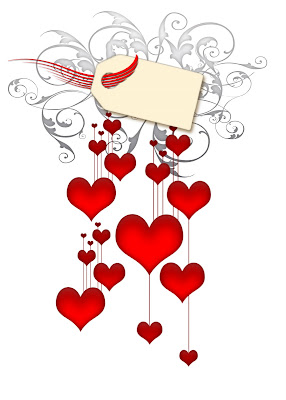 My book-progeny (the fiction, anyway) and I appear on the Guardian (UK) blog here. Recently I've been a bit startled to find that I'm often labeled as a young adult fantasy writer, since most of my books have been published for adults, and much of what I do is not irrealist--although I certainly have committed some strange fiction over the past few years.
*
But who can knock being talked about on the other side of the great puddle? And he mentioned my upcoming Val/Orson book as well. Thank you for that Valentine's gift, Damien G. Walter!
*
And thank you to Imani for telling me. I like her blog, The Books of my Numberless Dreams (another Yeats lover.) In fact, I'm making a note to myself right now to put Imani in my blog roll.
*
Image credit: The romantic valentine is courtesy of Gabriella Fabbri of Rapallo, Italy and sxc.hu.
Posted by Marly Youmans at 4:30 PM 26 comments: