In Which I Misspell "Heidegger," etc. 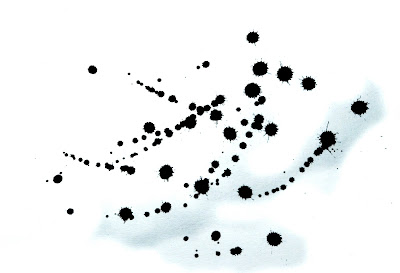 Today I am stealing comments from the middle third of my own Facebook thread. I thought this one particularly interesting because the responses began in some degree of general appreciation and even frivolity (as is the tendency of Facebook--whimsy and teasing abound) before finally coming to the question that I thought would pop up in the first comment. But not until the 31st comment! After these exchanges, the thread unraveled into frivolity once more.

There are two subjects of interest to writers and readers here: one, the question of Heidegger; the other, lesser topic, the use of accident and error. I have cut the names down to initials to protect the semi-innocent.

The status line was this: Heidigger answers Holderlin: "To be a poet in a destitute time means: to attend, singing, to the trace of the fugitive gods. This is why the poet in the time of the world's night utters the holy."


#
AJ O Tempus, O Mores....It doesn't look like we'll be out of a job very soon. I always liked Heidegger.

#
Marly Youmans Nope. Plenty of The Dark around.

#
VJ Hmmm. What Heidigger said here is so very true...but, he turned in a very dear woman I had the honor of knowing and her husband so I cannot see his name without the painful reminder of how he helped spread darkness and evil.

#
Marly Youmans I don't think anybody who knows anything about him can look at that quote without considering that as well. Which makes it strange and ambiguous, yes.

#
A J No one can look at Heidegger without some sense of ambiguity. As great a philosopher as he was, he was still the darling of the Nazi Party.

#
Marly Youmans
I was just reading this: "...Celan found it possible to maintain an intense intellectual relationship with Heidegger despite the philosopher's notorious record of public support for the Hitler regime, and Heidegger's adamant refusal, right ...up to his death, to take back one word he had spoken or written in praise of the regime. Celan's poem ["Todtnauberg"] enacts his hope that Heidegger might, after all, speak the word that would acknowledge the survivor's wound--an act of atonement, if not of healing, since Celan's wound could not be healed." There are so many reasons that is astonishing, not the least of them the death of Celan's parents and his time spent in labor camps. Despite all, Celan found Heidegger fruitful and meaningful.

#
V J Dr. Newman, by the time I knew her, did not waste time talking about him...other than to say that's why she and her husband had to flee. Personally, I cannot separate his intellectual contributions from his support of evil. Just can't. And don't admire those who can. It's that type of "objectivity" that helped that evil regime become what it was...and is.

#
Marly Youmans
Practicing a little Keatsian negative capability here... Okay, in one hand is Ezra Pound's little poem, "The River Merchant's Wife: A Letter." In the other is knowledge of how and why Pound ended up in St. Elizabeth's. Do I have to resolve ...this issue, or can I read the poem and know what Pound did and one remains in one hand and one in the other? Or must I throw that poem away and not think it lovely? Can use not be made of all things that rise and flower above the muck and decay from which they came, or must those flowers be tossed and burned? I hold them, and I do not resolve an answer. Must I? Or can they both be held and known? I do not say, but I wonder what you say.

#
Marly Youmans By the way, I think it interesting that it took 31 comments for this issue to come up. I thought it would be the first comment!

#
M B I misread this to say "to attend . . . to the trace of the furtive gods"--maybe if the gods weren't so dern furtive, they wouldn't have to be so fugitive?

#
V J
Yes, I do believe it is a good thing to "make use" of--I would say most things-- "that rise and flower above the muck and decay from which they came." We have to. There would be so little to embrace if we didn't. I'm saying that in my heart... and mind there is a line. I can't define it for you or even myself. I'm usually very generous. But there are cases when it is very clear for me. The support of genocide to one's dying day is clearly on the other side of that line in my head and heart...consequently, nothing with his name attached to it brings light to me. There are, for me, a few cases where a person's actions do outweigh any good they did. Especially when they were part of something like genocide.

#
Marly Youmans
M B: fugitive is an interesting choice there. Is it that "the gods" are only of passing interest? Is it that kind of fugitive? Is it that, in the current state of affairs, "the gods" are like like a fugitive... slave, hiding out and moving from house to house in order to survive? Is that the only way they can survive, by moving in secret toward some goal we do not see? Are they running away? Are they elusive? Did they only have, as Freneau said, "the frail duration of a flower"?

#
Marly Youmans
V: I can sympathize with that entirely. At the same time, I think of Auden's poem about the death of Yeats: "He became his admirers." The work was no longer "his" at all. Of course, with Heidegger, that idea of becoming one's admirers is a fierce, two-edged blade. Because he had many Nazi admirers. I also think of Celan, inspired by Heidegger despite the murder of his mother, shot in the neck, and his father's death from typhus at the same camp in Transnistria. Then I think of Celan longing for Heidegger to redeem what he had done, longing for him to confess the wound. I find that all this is a lot to think about, and I find that Celan's opinion is more important than my opinion. But I still feel that things are hanging and not resolved.

#
M B I suspect that they were originally meant, in Heidigger's phrasing, to be "Fugitive" in the same sense that magenta and some green pigments are "fugitive"--i.e.--fleeting, ephemeral, but I am not a speaker of German. Bet he'd like the ambiguities. Am furtively moving off to my studio now--let I be still here chatting with you come sunset, and nothing to show but silliness.

#
Marly Youmans Yes, I was thinking of pigments, too. Frail durations.

#
Marly Youmans Yes, go! I have been reading Celan's poetry and writing and peeking here from time to time... But you must gather your non-fugitive colors!

#
M B ps I misspelled Heidegger "Heidigger" because I copied & pasted it from your text. I'm a big fan of certain typos and this is a deserving one.

#
Marly Youmans Rats! I'm full of typos this morning. But they are often enlightening or an improvement on the original. Wasn't it Stephen Crane's typesetter who accidentally changed "black wing of eternity" to "black wink of eternity"?

#
M B Frail, frail durations. Hie thee to thy studio and flee this damnable (and interminable) and frivolous intercourse!

#
M B Dunno. Richard Dillard said that in Moby Dick, "soiled fish" was a printer's typo for "coiled fish"--as some damnable English professor at UVA pointed out & thereby destroyed a perfectly good young prof's career (or life?--did he commit suicide?) by pointing this out after the poor guy had just delivered a brilliant paper on the paradox of Melville's dirty whale bathed in boiling oceans--

"Ink drops" photograph courtesy of Tyler Morrison of Edinburgh, UK and sxc.hu.
Posted by Marly Youmans at 10:10 AM