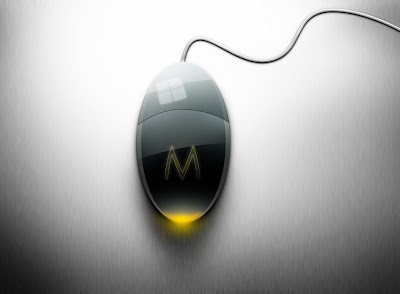 7. DISCUSSING PROBLEMS. Teachers and professors: when discussing the people in your life who give you trouble (particularly students and colleagues), be measured and thoughtful and always remember the principal or the dread Dean of Students, floating over your head in a little black dirigible. If you would like a skimpily-paid vacation from the U. S. government known as welfare, disregard this advice. Same goes for other workers. Yes, there is a little judgmental cloud floating over your noggin. Really. They haven’t found you yet? They will. Wasn’t “The Tard Blog” writer always doomed to firing? This morning teacher Natalie Munroe is in the news, suspended from work because of her blog. She seems to have leveled a lot of fair criticisms. But as she admits, some posts were written “out of frustration.” She was an English teacher; perhaps she could have used her writing skills to appear a little more judicious and less rash. Rash can be funny, and funny—if not well-considered—can get you fired. Every chortling thought does not deserve print.

8. COMMENTS AND TIME SPENT. This is about that little matter of time and not wasting it. If you want a lot of comments, you will have to work at it. My observation is that just as many or more people come to your blog when you cease working at it as before—they just don’t leave so many comments. I love getting comments and replying to them, but I no longer have the time to work at acquiring them. I hardly have any time to visit other blogs, for example. But it doesn’t make any difference to your stats.

9. LANGUAGE. A lot of profanity is used as humor, and I like humor. But there is a trade-off. I might’ve used profanity as a teen blogger, had there been such a thing, way back when. But it’s another element that alienates and strikes out at a portion of your readers, the ones who just don’t like it and think there’s too much trash-talk in the world. Some people speak one way on Facebook, another way while blogging: clearly, they’ve thought about the difference between social circle and public forum. Good idea. Do that too!

10. SOURCES OF HUMOR. Related issue: there’s a strand of thought that thinks toying with ideas of sexism and racism is funny or especially effective and barbed. Back to Rosen’s tweets again! (Lately I have been distressed to find that it appears that the more liberal a writer is, the more likely he is to attack a woman or a person of color who does not agree with his point of view: that is, the more likely he is to attack a conservative woman or a conservative black. This does nothing good for the liberal cause and is quite successful at alienating people. Rosen did not like Logan’s stance on the war in Iraq, so he felt free to mock a 20-30 minute assault on her. Or see, for example, the recent “black garbage pail kids” and “minstrelsy” and “monkey in the window” comments about Herman Cain.) Funny? It’s not.

11. LOVELESSNESS. My most general advice is always to write from a stance of love and to enjoy other people, no matter what their politics or religion or lack thereof. I see a lot of people writing from a stance of lovelessness, a point of view where they can only like people like themselves. Why bother to write and reach out, then?

12. WISDOM AND LOVE. In his famous Autobiography, Benjamin Franklin included among his goals, “Imitate Jesus and Socrates.” Many people have taken this straight; others have thought that little item tongue-in-cheek for its impossibility. Disregarding the fact that both Jesus and Socrates experienced a rather unpleasant death, we might say that it’s not a bad idea to exert wisdom. Nor is it a bad idea to consort with many, even "tax collectors and prostitutes," and yet hew close to your own beliefs and speak out of love for the world, bad as it may be. One by one, if we do so, we might just see the resurrection of civility on the web.


Photograph courtesy of Mustafa Kilic of Istanbul and sxc.hu.
Posted by Marly Youmans at 10:45 AM