Readings for the 12 Days of Christmas: John Granger 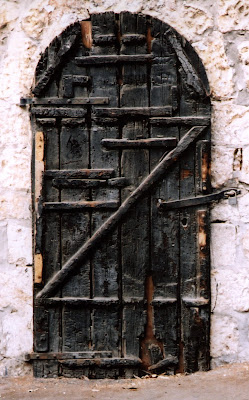 I had a great love first for George MacDonald (as a child and young woman) and then for the Inklings; some of them I have reread, some not. But I have retained an affection for their books and concerns. One of the people involved (via J. K. Rowling) in a resurgence of interest in the Inklings is John Granger. I must have discovered him some time ago while delving about in search of some piece of information about alchemy. And what I found first, I think, was "The Alchemist's Tale," a lucid little explanation of alchemy, The Great Work, and literary alchemy, followed by a discussion of Rowling as in the tradition of literary alchemy--an idea that is pretty clear early on (a wand with a phoenix feather! Albus! Rubeus! etc.) in the books if you have, as I have, read the whole series outloud to a child or wandered through them on your own. But if you are a Rowling fan, Granger goes very deep into the subject and has published books and websites on Rowling and Meyer (I haven't read Meyer, but he classes her as a literary alchemist.) And if you don't know anything about alchemy, the article is a great capsule introduction, both to the original practice and its transformation into story.

If English Literature from its beginning to Rowling is front-loaded with alchemical devices and images, why is this so? What is the connection between alchemy and literature that makes these images such useful tools for writers?

I think the connection is probably most clear in drama. Eliade even suggested that alchemical work grew out of the initiatory dramas of the Greek Mystery religions.11 Shakespeare doesn’t just make asides to alchemy in his plays; many if not most of them are written on alchemical skeletons and themes. The Tempest, Romeo and Juliet, Antony and Cleopatra, The Two Gentlemen of Verona, The Comedy of Errors, Love’s Labours Lost, and The Merchant of Venice come to mind.12 Frances Yates’s The Art of Memory argued persuasively that Shakespeare built the Globe Theatre on alchemical principles for the proper staging of his alchemical dramas.13 Why?

If you recall your Aristotle on what happens in a proper tragedy, the audience identifies with the hero in his agony and shares in his passion. This identification and shared passion is effectively the same as the experience of the event; the audience experiences katharsis or “purification” in correspondence with the actors. Shakespeare and Jonson, among others, used alchemical imagery and themes because they understood that the work of the theater in human transformation was parallel if not identical to the work of alchemy in that same transformation. The alchemical work was claimed to be greater than an imaginative experience in the theater, but the idea of purification by identification or correspondence with an object and its transformations was the same in both.

Alchemical language and themes are a shorthand. The success of an artist following this tradition is measured by the edification of his audience. By means of traditional methods and symbols, the alchemical artist offers our souls delight and dramatic release through archetypal and purifying experiences.

That may be harder for some of us than the idea of alchemy as a sacred science. If you are like me, you grew up with the idea that reading was entertainment and diversion, and anything but life-changing. This idea, really only in currency for the last seventy or eighty years, is a gross misconception. Anthropologists, historians of religion, and professors of literature will tell you that the rule in traditional cultures, and even in profane cultures such as ours, is that Story, in whatever form, instructs and initiates.

In his The Sacred and The Profane, Eliade argued that entertainments serve a religious function, especially in a profane culture. They remove us from our ego-bound consciousness for an experience or immersion in another world. C. S. Lewis, in his Preface to Paradise Lost, asserted that this is the traditional understanding of the best writers, namely, that their role in culture is “to instruct while delighting.”

Alchemy and literature are a match because they both endeavor (in their undegenerate or orthodox state) to transform the human person.

* * *
Want more? Try here. And if you want more Granger, you can hop to wikipedia and check out the list of external links.