Readings for the 12 Days of Christmas: New Year's Lists 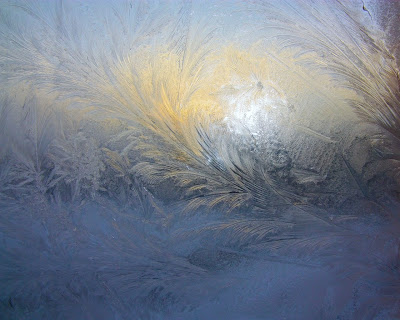 A HAPPY and PEACEFUL
NEW YEAR TO ALL!

Forthcoming books of poetry and fiction:
1. First up: THE THRONE OF PSYCHE (Mercer University Press, March 2011) poetry collection. I’m getting the galleys in on Wednesday, and I can tell you that they look pretty! The leaves on the jacket detail by Clive Hicks-Jenkins keep falling inside the book…

3. THE FOLIATE HEAD (UK: Stanza Press) is the leafiest book on record and will green your head with wild formal poems.

4. MAZE OF BLOOD (UK: P. S. Publishing) was inspired by the life of that intriguing pulp writer, Robert Howard. I’d add the “E.” but he’s under copyright! I had a blast writing the pieces “by” the protagonist.

6. A DEATH AT THE WHITE CAMELLIA ORPHANAGE (Mercer University Press). The Ferrol Sams Award for Fiction. (Outside judge.) Depression-era story that was inspired by my father’s youth and adventures on the rails. (Several times he ran away from the cotton fields and rode the rails; later on he became a teenage tailgunner on a B-17 in World War II and then a PhD in analytical chemistry. Hurrah for the G. I. bill! Sharecropper’s boy to full professor: that’s an American tale.)

Looking at that list, you may possible be impelled to recall and take to heart the immortal words of poet Kenneth Patchen: “People who say they love poetry and never buy any are cheap sons-of-bitches!” Pithy, huh? We could extend it to novels by poets, no?

Other happy things here or coming:

1. My composer-photographer-and-much-else friend, Paul Digby, is working on two tiny films for my poetry books that are collections of short poems.

2. I’m going to Wales to attend the 60th birthday retrospective of Clive Hicks-Jenkins at the National Library of Wales. Clive did the jacket painting for Val/Orson, and we’re making plans about covers for four of the forthcoming books. The Foliate Head will have not just a cover by him but three gorgeous division pages. http://www.hicks-jenkins.com/

3. Two books will be coming out in honor of Clive's 60th birthday. I have poems in one and what can only loosely be called an essay in the other—actually it’s a batch of semi-fictional pieces. More about those two later on.

4. I’m still working on The Book of the Red King and finding in it a great deal of pleasure.

5. What I’m especially grateful for: I am very pleased that I’ve gotten so many requests for books, given the state of publishing and the tighter focus in New York on the commercial. Moral of this for writers: It really is just fine to pursue your muse wherever he wanders and not be anxious about success or publishing. You may not always be on the list of a major NYC publisher with this way of writing, but you will hew close to the things that are important and write the books you were meant to write.

2. Add events because, well, that’s a lot of books.

3. And travel more—I’m already planning trips to Wales, NYC, and North Carolina for events, but I’m open to ideas.

4. Submit two manuscripts by the end of the year.

1. I hope that TSA shows more transparency and has more oversight because right now I don’t want my daughter of 19 to fly—it is becoming clear that in many places they are targeting attractive young women for pictures and gropage. Let TSA be honest about how it proceeds and what its purposes-in-looking are.

2. I hope that my childhood region (where I still go at least twice a year) of western North Carolina will finally discover the wonder of zoning and quit allowing people who don’t love the place to carve up or bulldoze mountains for Walmart and Lowe’s and other businesses, destroying its beauty for an ugly buck.

3. I hope the “free and open” Western press will wake up to the rapidly increasing number of Christian minorities who are being murdered with impunity around the world—sometimes targeted in or near their churches. The press seldom discusses such unfashionable things as Christians, and it is alarming that these people are simply abandoned to violence and death with very little notice in the West aside from website coverage.

Email ThisBlogThis!Share to TwitterShare to FacebookShare to Pinterest
Labels: A Death at the White Camellia Orphanage, Clive Hicks-Jenkins, Glimmerglass, Maze of Blood, Paul Digby, The Book of the Red King, The Foliate Head. Thaliad, The Throne of Psyche