The House of Words (no. 2): To persist or not to persist 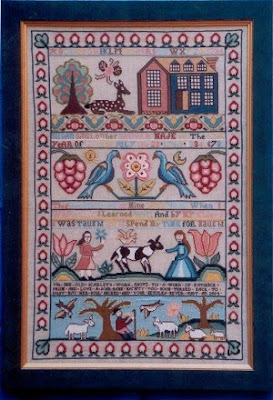 2. To Persist or Not to Persist

Hey, there’s a reason that most books are not about writers! Oh, there may be a coming-of-age novel now and then—covering that period of a writer’s life when he or she is not yet a writer, and therefore packed with homely and interesting non-writer events. Often these are events (or people--parents, often--those people who love us and attempt to save us from the garret)that get in the writer-protagonist's way and stand as mighty obstacles that must be opposed or crossed or circled in order to go forward.

Once the heroic act of evading or battling these opponents is past, writers spend a lot of time sitting in the corner and typing. Many of them spend hours in the corner clutching their respective malfunctioning heads and wasting perfectly good afternoons of sun and frolic.

Is this interesting from the outside? I shall tell you.

No matter how absorbing the work is, the act of making it is probably not what we as readers want to read about. So books about writers tend to stop where the writer catches a glimpse of the promised city of garrets glimmering in the distance. Soon he or she will be sitting in his or her own poky corner and scribbling away--or perhaps clutching the recalcitrant head. And that ending, combined with the thought of the many books writers make that are not about writers, may possibly suggest to you that there is a world packed with lively pursuits, out there.

So if you decide to quit the word trade and do something else entirely, never feel bad about it. Life awaits you.

After Ghosts, Marsha Parker left the world of publishing despite the fact that she had a fancy agent and was touted as extraordinarily promising, and then she built a very different world for herself. Now she had met some setbacks, but all writers meet setbacks of some sort. Why did she take her toys and march away to the West? She wasn’t crazy about the publishing scene. Not crazy about it in the least, in fact. It occurs to me that she probably wasn't crazy about the fact that a movie appears to have been made (roughly based on the book and with the same title) without any mention of the fact to her--and therefore without any author royalties. And she certainly wasn’t fond of what people said she needed to add to her books.

What did she do?

She and her then-husband built the marvelous Smoke Ham Farm (with restored Finnish and Scandinavian outbuildings, full of charm and character and history.) Marsha raised obscure, finicky breeds of sheep that were always trying in the most exciting manner to flop over and die or to give birth in the middle of the night, and she established a regular menagerie of other animals (and peacocks! I want some!) She started a business that allowed her to travel, write, and use her creativity in ways that would have surprised her younger self. She runs an online site called The Scarlet Letter where she sells, among other curious and interesting things, her own museum reproduction needlework samplers based on work from the seventeenth through nineteenth centuries, books, and antique European and American needlework samplers. I admire the fact that she didn’t like the publishing scene and therefore just strode away; I admire what she has done since.

That admiration doesn’t keep me from respecting and admiring friends who made another choice. In fact, I know people who wrote book after book before the first—or sometimes the second—came along. Those are brave, persistent souls with a touch of the Mad Hatter that allows them to stay on at the great Tea Party, moving round and round until they find a small or large piece of buttered luck.

At many points I could see three choices in front of most of the other young writers I knew—persist and take joy in the work, be a bit of a melancholic looney (the worst choice but often taken, depression being one of the substances swirling in the writer's magic ink bottle), or give up and do something else.

Why did I persist?

Let's ignore my raging obsessiveness for a moment. Let's ignore a rather mad ability to dream while in the middle of mayhem, quite helpful to a writer-mother of three. Those slightly abnormal qualities assist, but they don't explain. Let's also ignore the fact that I'm not irreplaceable in any of my working capacities except as the writer of my particular books and as the mother of my particular children. And in both of those areas, perhaps I could do better. In fact, I hope to do so.

Why did I persist?

Because I am in love with playing with words and learning to make (for a writer is always starting over) stories and poems. Very simple.

Illustration: Sampler by Susan Singleton, kit for sale at The Scarlet Letter. "Designed after a mid-eighteenth century New Hampshire sampler, this piece is delightfully naive with its oversized animals, insects, and birds. Around 1760, the New-Hampshire Gazette began publishing advertisements for girls' schools, placed by female instructresses, emphasizing a curriculum of practical as well as decorative needlework. While this sampler is atypical of most of the recognizable schools of New Hampshire (i.e. the bird and basket designs of Canterbury, the dark green linsey-woolsey grounds on samplers of Dover, and the house and barn samplers of Portsmouth), it is significantly stylized to suggest that it was taught by a particular teacher, who could have been advertising for more pupils at that time. Stitches used in the sampler are cross, back, and satin. Stitched on 35 count linen, it will measure approximately 15" x 22-1/4", and is recommended for intermediate level needleworkers."
Posted by Marly Youmans at 9:20 AM

Email ThisBlogThis!Share to TwitterShare to FacebookShare to Pinterest
Labels: nature writing, publishing, The House of Words