The House of Words (no. 1): On writng and publishing 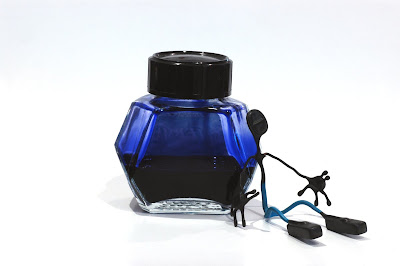 The House of Words: On Writing and Publishing

In which Marly-and-friends answer questions that readers and writers young in the craft often ask, with musings on persistence, giving up, luck, doing what you want to do, home and the writer, print publishers, the internet, and other topics of interest…

1. Print publishing: persisting and giving up

Much in the print publishing world is random. Good things are “black swans,” highly unusual events. So are bad ones. This element of being a writer is impossible to control and is a given of the vocation.

My most memorable good black swan? It ought to be winning a national award, I suppose. Probably more dramatic was parting with my second agent, being entirely too busy to look for another, and then receiving requests for books from seven publishers in quick succession. I was being lazy, and yet fruit kept dropping into my lap. I could say that it was a reward for my persistence, but I could also say that it was luck and coincidence. My most memorable bad-swan example: The Wolf Pit came out right at a major historical event (9-11), its editor departed before pub date, and it was on the very same list at Farrar, Straus & Giroux as The Corrections, that air-eating monster of a book by a man who shoved his foot in his mouth in a way that entertained the nation whenever said nation was not busy reading books about terrorism (in consequence of that same major historical event.)

To combat the truth and the mighty power of randomness, a writer can only persist. Write what one cares about in one’s own way and ignore the randomness of the publishing world. Write for joy. Ignore the scene and trends and keep writing because a writer is only a human being who is writing, and to stop means that one is no longer a writer. Alternate possibilities: become a frothing lunatic (bad, but it happens); give up (better.)

People don’t talk much about quitting, and that’s exactly what I want to talk about here. Because a question that comes up often for a writer of any age is whether it is the hour to cease, give up, pack up the toys, and flee the slings and arrows of outrageous fortune (i.e. that pesky randomness again.)

I would like to play devil's advocate and praise flight for a moment. Giving up is good in some ways--more time for other pursuits, more time to chase something else with end results that are not as aggravating as what happens after the writing (which involves publishing, which can involve various agonies, and also marketing, which often involves keen frustration.)

Giving up writing is easier than persistence because--surprise!--nobody much will mind if you give up. It's not like giving up a job with a salary; there are few reproaches, and in fact many of your near-and-dear will heave great buffalo sighs and snort with relief. People will be glad to think that you may be a solvent person some day, rather than a struggling writer with the usual garret, heaps of foolscap, and bargain Toshiba laptop.

When I was much younger and shot through with despair and anguish and other black humors, I often thought of giving up as a writer. But giving up turned out to be hard; I just wasn't any good at it.

Nevertheless, I approve of turning one’s back on something and walking away in style. Since I approve, you can guess that that’s exactly what I did, long ago. That's human nature for you, a stuff that tends to look kindly on its own wayward decisions. I turned my back on achieved tenure-and-promotion at a time when such prizes as professorial salary-with-bennies were rare--right about the scarcity of hen's teeth, and everybody knows those little gleamers are hard to find. Nobody thought I was doing the right thing. In a worldly sense, it was definitely not the right thing. My luck was that I had both some hard-earned savings and a pronounced unworldly streak.

Turning one’s back on something can mean to face something else, to go somewhere new, to have a transformed outlook. Metanoia. It’s not the end.

* * *
Stay tuned for 24 more posts on persisting, giving up, and other topics. Photograph courtesy of sxc.hu and Jenny Rollo of Sydney, Australia.
Posted by Marly Youmans at 9:59 AM

Email ThisBlogThis!Share to TwitterShare to FacebookShare to Pinterest
Labels: publishing, The House of Words, writing