I posted this one last week and then took it down after half an hour, dithering over whether it was too much about my books, my books, my books. But I've decided that if you come here, you know I write books. So now the post is up again for the weekend. If that does not please you, fly on to posts about writing and music, the passing of Lucius Shephard, green men in cathedrals, the word police, Catherwood in Entertainment Weekly, and much more...

As I haven't talked much about my books lately, I'm cobbling together a post that will link to some of Clive Hicks-Jenkins's recent work for the fall novel, Glimmerglass, and update links and news a bit about my three 2012 books.

A Death at the White Camellia Orphanage 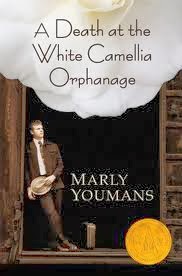 Update on my A Death at the White Camellia Orphanage page here.

Sample review clip: It is seldom that a novel from a small university press can compete with the offerings from the big houses in New York. A Death at the White Camellia Orphanage may be the best novel this reviewer has read this year. Its quality and story-telling remind one of The Adventures of Roderick Random, Great Expectation and The Grapes of Wrath among others. The winner of the 2012 "Ferrol Sams Award for Fiction," A Death has the potential to become a classic American picaresque novel. / One wishes, however, that this novel will not get shunted into the regional box and be seen only as a Southern novel. Its themes and the power of its language, the forceful flow of its storyline and its characters have earned the right to a broad national audience. 30 July 2012 John M. Formy-Duval at About.com 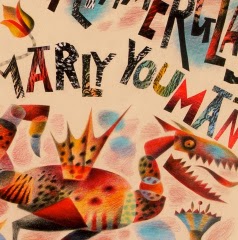 
Excerpt from a blurb by Jeffery Beam: Whether she’s writing historical fiction or fantasy, her characters leave one breathless. Her ability to describe a person, a place, or the psychological underpinnings of a plot or individual, ranks with the great novelists, the highest literature.  A tale of love and intrigue, mystery and pathology, Glimmerglass’ appeal is the warmth and charge of a tale told round a fire fused by Hitchcockian anxiety, empathy, and relief.  Nature, architecture, dread, thrill, sexual dilemma, and murder echo against Youmans’ gorgeous prose and terrifying romance, which glides like a serpent―without a single extraneous or boring word. 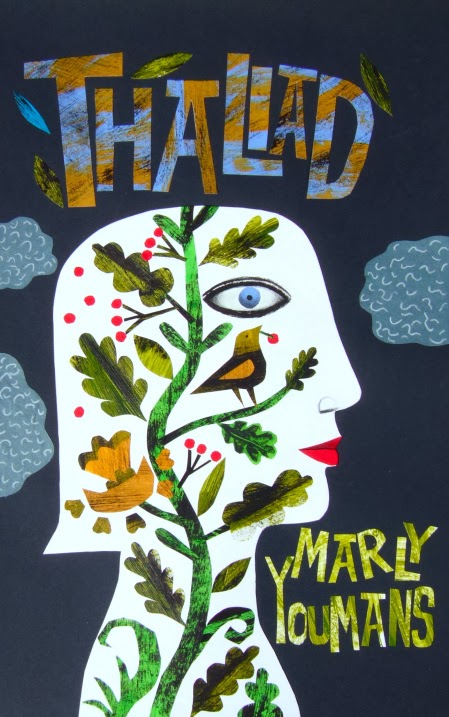 And here's a little focus on Thaliad, borrowed from Midori Snyder's wonderful blog, In the Labyrinth:

Marly Youmans' Thaliad offers a healing balm to the swath of nihilistic post-apocalyptic fiction... Told in free verse reminiscent of heroic epics (Homer meets Gerald Manley Hopkins), Thaliad recounts the aftermath of a fiery apocalypse and the perlious journey of a band of children led by a girl whose prophetic visions guide them to a sanctuary on the edge of a lake. Here, they confront the challenges of re-creating the world – a world illuminated by hope and love.

...this a wondrous text filled with richly layered and evocative poetry, packed with fairy tale and mythic references. Like a bardic tale, it demands to be read aloud.
Nature along the road appears rotted and ruined by violence, the sky is thick with ash and poisonous rain drops of quicksilver. But Nature at the sanctuary along the lake where Thalia's visions have led them is fertile, sensual, a source of healing. Here is the spring pollen, ripening even as the children are, who seven years later have become young adults:
"...Clouding the air with fertile shining silt
That somersaulted in a beam of sun,
That changed the spiderwebs to something rich,
That kissed the surfaces of Glimmerglass
And turned its scalloped border into gold,
That moved across the air as if alive,
The landscape's bright epithalamion,
The simple golden wedding of the world."
Violence is hammered into fierce staccato rhythms -- the beating of swords and young men made mad with battle lust.
"...Close-pressed, crashing, the fell clamor of shields,
The crossroads, grand climateric of blood,
Jar of womb-shattered, the rib-comb unteethed,
Janglings above corpse couch, red butcher bed,
The bronze swords wading in a swamp of flesh
Like toddlers splashing in a muddy slough,
Hell-scathers scraping blade along the bone,
Blood-spree, blood-spore rose red on snow-white yard....

...To the hour when Cain is ever slaying
Abel in the dark eternal backward."
Balanced against the terrifying darkness and the fire's destruction are Thalia's prophetic visions, soaring with heat and golden light as the human spirit is nurtured by the divine. In an abandoned Church a grieving Thalia confronts an angel, its blasted face open to the pouring of sunlight behind it:
"...The sunshine made a starburst where the head
Once shone, auroral work of Tiffany;
The star face brought a lightening of flesh
To Thalia until the piercing rays
Transformed her body into starriness,
And rain of light made reign of light within,
Till she was drowned and nameless in its flood,
And there with trembling let the angel speak..."
Thaliad has two narrators -- Emma, the librarian who almost seventy years after the fire reflects on the history of the Clave, the settlement founded by Thalia, and then Emma as the storyteller, the bard who recounts the perilous journey through the devastated land, Thalia's determination to follow her visions, and the lives of the children as they struggle to survive. Though we are not spared their hardships and grief, through the storyteller’s voice we have confidence in our destination—it is this commitment to the angels of our better nature and Marly's sublime poetry that gives Thalid its power to inspire hope out of fear and love out of hate.
I also must mention that the book will be gorgeous as Marly has collaborated again with Welsh artist Clive Hicks-Jenkins who has created the cover art (which I love) and a lot of beautiful interior art. Head to Phoenicia Press (a small indie press in Montreal)... 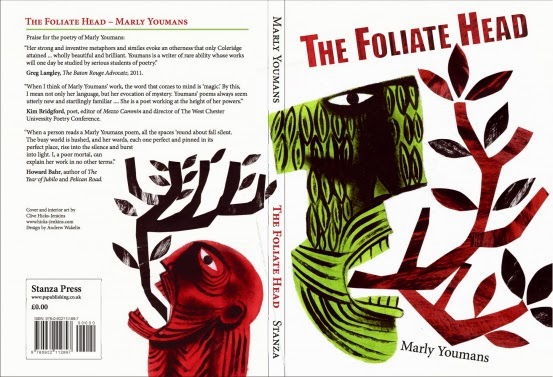 And here's tiny poem from The Foliate Head, which has has gone into second printing in the UK. The book is easily available in Europe via bookstores or direct purchase from Stanza Press, and in the U.S. via Amazon or the Amazon "extended" program for booksellers or, again, direct purchase from the press. It's doing fine (for a book of poetry!) but I'd love to have more readers on this continent.

Fine as a ring-stole drawn through a hoop
Of gold, but crimped and burned
And almost ruined by some fire
Long ago, far away—
Glimmering like abalone,
Moody and beautiful.

Some things persist as mystery,
No matter how we seek
A raveling, no matter how
We vaunt, no matter how—
Slanting above our lifted faces
Like rain shot through by sun.

What I'm reading: Albert, Leonora Carrington: Surrealism, Alchemy and Art; Leithart, Deep Exegesis. I'm also skipping about, reading various poets, and also reading Patrick Kurp's poetry reviews at The Quarterly Conversation (scroll down the page for an index to his pieces), on the hunt for new reading in the realm of poetry. And I've started a number of novels but thrown them out the metaphorical window, alas.

New comments are not allowed.