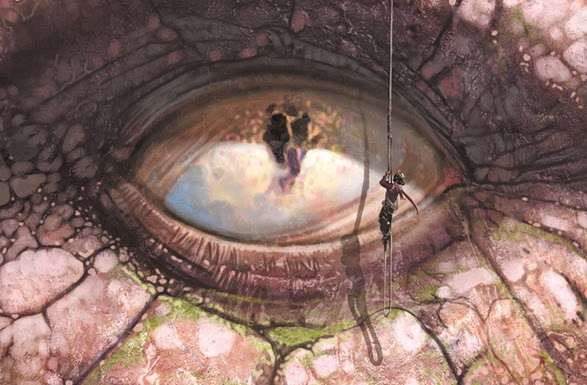 Novelist and story writer and poet Lucius Shepard has died. He was a great, colorful character who lived an adventurous life, more than most writers. He wrote both speculative and mainstream fiction and bagged a lot of awards along the way. We were e-banter friends, I suppose you could say. Several years ago we chatted a good deal about his Virginia roots--someone he cared about in the family had passed away, and he had gone home to Lynchburg for the last time. He said some harsh and tender things about family that struck me as being so very familiar and Southern... They reminded me a little of Quentin Compson, except that Lucius didn't try to convince himself that he didn't hate many things about his natal place. Lucius was often acerbic in his humor but could be very kind and generous. (He was so to me, though I imagine we were radically different in many ways. An hour ago, looking at his page, I was touched to find "Thaliad" among three recommended books. And he gave me the most beautiful quote for my last-published novel. Yes, he was kind.)

Here is in in a 2001 interview with Nick Gevers at Infinity Plus, talking about how he accidentally tumbled into the world of speculative fiction: What I consider myself to be is less important that how I'm seen, and I suppose that now that's as a genre writer. That may change over the next few years. I came into the field by accident more-or-less. A band I was in broke up, one I'd had high hopes for, and I was moping around the house, watching a lot of daytime television. I'd written half a story, and without my knowledge, my then wife, hoping to get me out of the house, sent it in to the Clarion Writers Workshop, which happened to be a genre workshop, and I was accepted. If she had sent the fragment in to a general fiction workshop, I would likely never have written any fantasy. I'm not well read in science fiction and fantasy....

NG: Three especially brilliant novellas of yours, "The Man Who Painted the Dragon Griaule", "The Scalehunter's Beautiful Daughter", and "The Father of Stones", have featured the Dragon Griaule, that monstrous epitome of evil influence. How did you conceive of Griaule? What does he in fact represent? And: you've composed a novel to conclude the sequence, haven't you?

LS: The idea for a 6,000-foot-long dragon on and in which people lived occurred to me at the Clarion Writers' Workshop in 1980. One afternoon I went out onto the Michigan State University campus, parked it under a tree, smoked a joint, and started trying to generate story ideas. "The Man Who Painted the Dragon Griaule" was one of the ideas I came up with. I recall I wrote in my notebook the following words: "Big Fucking Dragon." Shortly thereafter I wrote, "Kill him with paint." Surely a moment that will be immortalized in the pantheon of under-the-tree-sitting moments, right up there with Newton and the apple.

I've always hated dragon stories, hated the entire elf-dragon-unicorn axis. The very notion of high fantasy causes my saliva to get thick and ropy. But as an exercise, I was attempting to create a dragon whom I could respect in the morning. As far as what Griaule represents, when I was writing the story he represented a Big Fucking Dragon. I'm an instinctual writer, I rarely have a clue about what I'm doing. Prior to starting a project, I usually have a notion of a beginning and an end, but about the middles, I'm shaky. And as for subtext, theme, et al, I'm totally clueless about these elements until very late in the game. After its publication, some said the story was about the nature and the costs of creativity.

Rest in peace, Lucius.
Posted by Marly Youmans at 1:13 AM