Other worlds in this--

I like this comment from John Banville so much--and like many things that a person likes, the reason is that it chimes with a particular experience so well:


Long Lankin came from the early sixties. But Ireland in the sixties wasn’t the sixties as Americans think of it. When I look back now to the sixties here it’s like looking back to the Middle Ages. It was a primitive world. But it’s good for a novelist to cross periods in history in one lifetime. When I was writing Kepler and Doctor Copernicus, looking back to Europe in the Renaissance, I only had to think back to Wexford when I was growing up there to get a feel for what a primitive world was like. 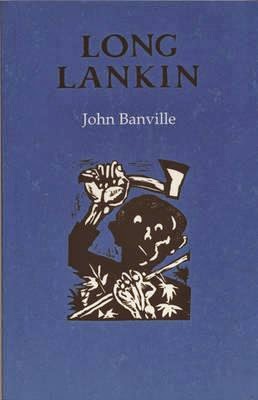 I had precisely the same feeling about writing A Death at the White Camellia Orphanage--that I had lived in Pip's world in my Georgia summers and knew its primitive shape very well. I only had to remove a few strands of reality to reach the farm that is the orphanage. Summer experiences in Lexsy and Collins meant knowing a poor sharecropper's life and also the life of a Southern "lady" who had risen for many years at dawn's crack to make 14 dozen biscuits for her children and hired laborers... I expect "Southern lady" always referred to a hard worker, back then. So I knew a place that, barring a few touches of modernity, felt as primitive as any medieval world; I also knew a place that felt like the late nineteenth-century or very early twentieth-century but had fallen (thanks to the Depression) from its days of glory.
Posted by Marly Youmans at 11:50 AM

Email ThisBlogThis!Share to TwitterShare to FacebookShare to Pinterest
Labels: A Death at the White Camellia Orphanage, John Banville