5 stars at Curled Up 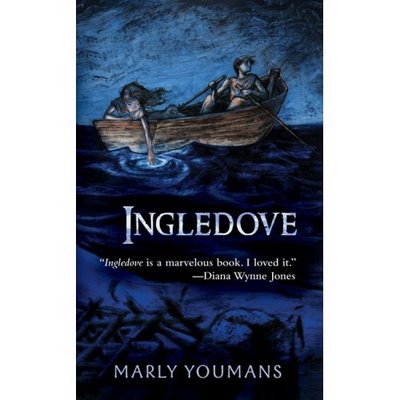 Curled Up with a Good Book has reviewed another of my books--Ingledove--hurrah! Unexpected and rather late reviews are always fun, especially when they pop up just before the paperback. I had a few late-but-good ones over the summer, and this one is almost perfect timing.

The reviewer, Sarah Meador, is pleasantly aware of my intention to go against the grain of current fantasy and write a very American story: "Adantis is an inescapably American fantasy realm, proud of its mixed magical heritage, quick to reward both independence and hospitality, and somehow boundless. Adantis may be the closest neighbor to Frank L. Baum’s Oz."

And the conclusion is kind enough to hope for another volume: "This is a book of magical beauty, as captivating and dangerous as the magic of Adantis. Ingledove’s journey takes her through danger, pain, and sad farewells, but the beauty of Adantis softens the bitterest moments. The final farewell, when Ingledove has to be left behind in the turn of a page, brings all the sorrow that should come from leaving fairyland. There are two spells against that final farewell: one, that Ingledove will walk her hills again; and two, that Youmans might soon lead another voyage into Adantis." Those of us frolicking in the great unwashed mid-list can always use some spare hopes!

The paperback editions of Ingledove and The Curse of the Raven Mocker are forthcoming from editor Sharyn November's Firebird (Penguin) imprint on November 2nd and 7th. For a complete version of this review, click on the link above.

Oh, and that cover picture is by Renato Alarcão. His new web site and marvelous pictures are featured in the post below. He also did the new paperback image for The Curse of the Raven Mocker. It replaces the original Steve Cieslawski jacket, also lovely, so that the two paperback covers are a 'matched' pair. 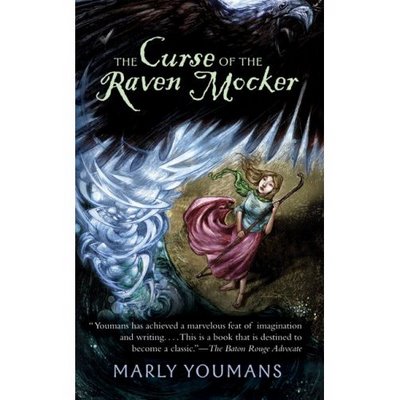 Posted by Marly Youmans at 4:02 AM