Another "tiny" at North American Anglican:
Anders, Young and Old

And if you go here on the NAA site, you can take a look at more tinies and a few poems.  Thanks so much to Clinton Collister for requesting poetry and tinies!
* * *
Clips from new reviews of Charis in the World of Wonders: 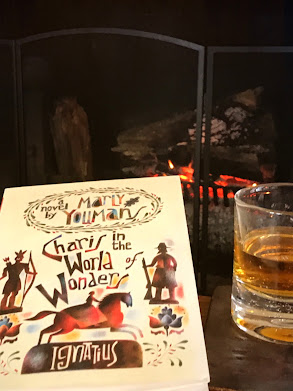 Photo by Paul Digby
A charming literary work that envelops the reader in the chaotic frontier life of Puritan Massachusetts.
--Historical Novel Society Issue 93, August 2020
Youmans shrewdly presents the collective madness of witch trials as one of many destructive forces in the world — on a level with Indian massacres, concussions, and drowning. As such, the hysteria seems less alien, our modern complacencies less sure, leaving behind the uneasy suspicion that we may be as prone to collective madness as they are, and as blind to it, lulled by the tools we vainly depend upon, just as they depend on their brimstone preaching, to save us from destruction. This sojourn in Charis and the World of Wonders lets us experience reality bare of illusions: life can end at any moment, avoiding grief is folly, joys should be taken gratefully when they come, and creation is full of beauty, fear, mystery, and God.
--novelist H. S. Cross. "In the Liminal Zone," The Living Church (Anglican Communion), 30 July 2020
* * *
And here's a pandemic poem from The Book of the Red King... 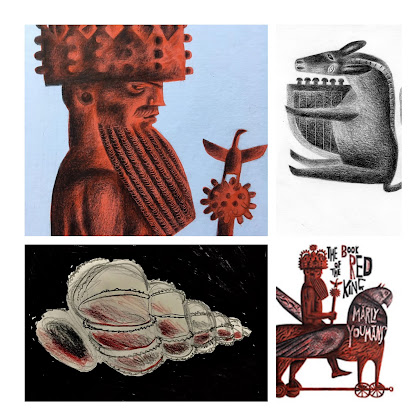 The Cloud Like a Child
A Folk Story of the Red King’s Kingdom
A cloud no bigger than a child appeared
And hovered just above the castle spires.
Next the sickness came with evening sweats
That seemed to bleed all force away from those
Who ploughed or pounded hammers at the forge,
Strong souls who laughed at first but later wept.
At night the cloud became a rag of blood
That served to veil the brightness of the moon,
And people said, “The end of the world is near.”
The greater part of the Red Kingdom’s men
Died, and no child was born, for women all
Were barren. So the Red King in that time
Took pity on the sons and daughters who
Were not and seemed unlikely to become:
Three generations he raised them from stones
Until the demon rag was worn to shreds
And lost to every eye except the King’s.
So was preserved the kingdom of his love.
You may see and hear a reading of the poem here.
Posted by Marly Youmans at 7:22 PM

Email ThisBlogThis!Share to TwitterShare to FacebookShare to Pinterest
Labels: Charis in the World of Wonders, The Book of the Red King, Tinies