Once again, I'm guilty of being lively on twitter and facebook but ignoring the blog! Hope all you passers-by have remained healthy and sane in the midst of topping chaos. A few new notables are below: 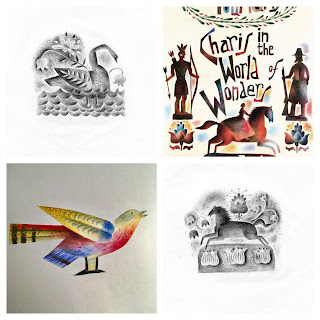 I've updated the Charis in the World of Wonders page with some new comments and review clips. A review from novelist H. S. Cross is forthcoming, and another from Robbi Nester, as well as an interview. And the book will be featured on writer Marjorie Hudson's Kitchen Table Writers, an interesting group to join if you're a budding writer. Though it has been sad to have a book come out mid-pandemic (my crazy history of launches timed at disasters!), I hope that Charis--being an indomitable sort--will find her way through the wilderness of this strange time.


Remember how you used to read as a child, stretched out in the grass or on the couch, lost in the magic of a book.... Be prepared to re-enter that world of magical reading, being so engrossed in the world of the book that you never really leave it, living in a dreamy haze of words and beloved characters. Marly Youmans' new novel, Charis in the World of Wonders (Ignatius, 2020) will put you there, into that trance of reading and joy, as though you had never left it.
--The Hollins Critic, Fall 2020 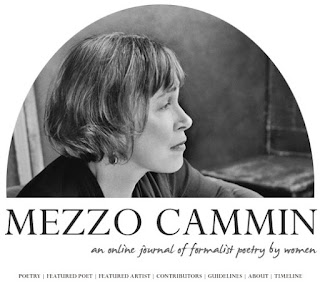 This I can't skip mentioning; I have several poems in the new issue of Mezzo Cammin edited by the late Kim Bridgford--that's her picture above. It's a lovely, thoughtful image of a bright poet and professor who brought many interesting projects into being and added to the sum of beauty and truth and goodness in the world. Nine of the thirteen poets in this round (Maryann Corbett, Wendy Sloan, Myrna Stone, Jane Scharl, etc.) were chosen by her. As my poems have appeared there many times under her editorship, and I was once lucky enough to be her featured poet, I am glad to be in this issue.  It's not the end of Mezzo Cammin, but it is the close of Kim's actions in the world, though she leaves behind publications, editorial work, the Poetry by the Sea conference, and much more.

Taste of the poems, a title and two lines for each:

House at the Edge of Sleep

We wished the stream to be alive, as rinsed
And quick as a twisting blue rill of thought.

Grateful thanks to Anna Evans for continuing Kim's work. 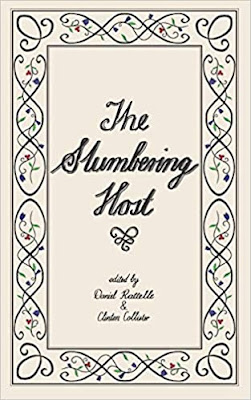 Here's a review of the anthology, The Slumbering Host, by poet Lisa McCabe in Front Porch Republic. I only had a couple of poems in it (reprinted from North American Anglican), but she talks about one of them.

Email ThisBlogThis!Share to TwitterShare to FacebookShare to Pinterest
Labels: Charis in the World of Wonders, Kim Bridgford, poems, poetry