Another thing I liked--

If you write poetry or love to read poetry, you might like to read this Paris Review interview with the late Peter Levi (1931-2000), poet and writer and classics scholar, a Jesuit priest for 29 years, and one of those lucky souls elected Oxford Professor of Poetry. I read it last night (hat tip to A. M. Juster) and then again this morning. It is long and crammed with interesting talk about his life and poetry, and it's opinionated enough that a reader finds points of disagreement--that's part of what makes it so interesting. Now I think that I would like to read something of his. (Via twitter, editor John Wilson tells me that the Brigid Allen biography of Peter Levi is quite good.) Here are a few samples that by no means exhaust what is curious or compelling in the interview (The Art of Poetry, no. 24):

ON LIFE WITHOUT WRITING POEMS

George Seferis in a diary speaks of life, without writing poems, as a disorder. I remember thinking when I read that first, it’s the opposite. Poems are a disorder. However necessary and desirable, however protecting the survival of the brute life of childhood, a disorder. But now after a long time of not writing poems, I see he’s right. Without writing one just piles up like heaps of leaves. One doesn’t know what is happening or who one is. And soon one will not dare ask, perhaps, any honest question. Or worse, one may stumble unguarded on some honest answer. Because there is no way of knowing the implications of feeling, except of precise feeling, of something quite exact, as happens in a poem. It is as if poetry were a continual whale spouting or breathing. And yet this is not why one writes poetry. One writes it because of the things themselves, and the words themselves, and the people themselves.

ON YEATS AND THE SERIOUS 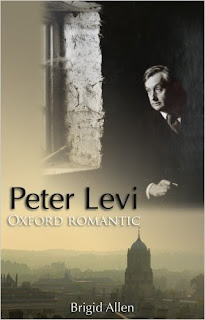 He makes a kind of compelling noise, doesn’t he? He’s the ancient mariner all right. Yeats worked from notes too. One of the most impressive things that I know about him comes from his notebooks. He writes out in prose several times, beginnings for a poem. He starts out by saying: “I have often taken off my clothes, both fast and slowly, for this or that woman.” He goes on in that boring, silly old man’s way. Very embarrassing. And then, do you know what the first lines of that poem are?

That is no country for old men. The young
In one another’s arms, birds in the trees

It makes me cry it’s so beautiful. If you’re a poet, when you start to write, then you are serious. Or you’d better be. None of us can be serious all the time. To be serious in that sense requires a lot of things, such as being relaxed beforehand, things like love and generosity, and discipline, and a sufficient degree of venom. Self-hatred, love of others, hatred of others . . . all these things you need . . . whatever is the right mixture for you.

You can drive out bad writing by good writing only because the public reads your works and not the other works. Therefore it’s the readers who do it, not the writer. Language lives in the mouth.