The world and words this morning 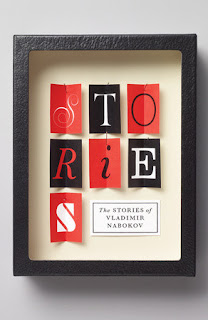 After reading student calls for "reporting and tracking microaggression from faculty" and the need for "cultural humility training" for professors, and after reading the morning news of the latest people murdered for their incorrect thinking, incorrect beliefs, or incorrect efforts to help the plight of others in their faraway countries, I felt a little beaten down. The world seemed lacking in beauty and goodness.

Being rather silly at times, I had the urge to eat the last chocolate bunny. Unfortunately, the consumption of chocolate bunnies solves very little. Doesn't help.

Coming across a little passage of Nabokov helped. It had beauty. It had goodness. It was suffused with love, the work of a creative being reaching toward someone he cherished.


Three years have gone--and every trifle relating to father is still as alive as ever inside me. I am so certain, my love, that we will see him again, in an unexpected but completely natural heaven, in a realm where all is radiance and delight. He will come towards us in our shared bright eternity, slightly raising his shoulders as he used to do, and we will kiss the birthmark on his hand without surprise. You must live in expectation of that tender hour, my love, and never give in to the temptation of despair.

Now this praise and image of glory expresses a son's love for his father. It also expresses a Christian belief in a creative, bright realm beyond this life--not a very popular concept among intellectuals when he wrote those words. Although you may be thinking that I'm wandering away from the original topic (the effect of too much chocolate, perhaps), this homage does have something to do with free speech, correct or incorrect thinking, and variety of opinions:


V. D. Nabokov, a lawyer and professor and athlete and editor of a progressive newspaper, was a liberal who was convinced change was overdue in Russia, but he eventually came to abhor and then oppose the bloody revolutionary chaos that arrived. Elected to the first provisional parliament ever formed in Russia, he was a courageous man, a hero to some. When he leaped up to shield a political enemy who was speaking at a rally in Berlin, he was shot to death by a pair of assassins. Their intended victim walked away unharmed    --both passages from a review of The Stories of Vladimir Nabokov by Larry Woiwode in Books and Culture

First, I note again the beauty and goodness and warm love in the passage of a letter written to Vladimir Nabokov's mother. Second, I note that V. D. Nabokov was a liberal and a progressive who lost his life--who gave his life--in defending a political enemy. Third, I note the calls for campus tribunals and training. Fourth, I note the slaughter going on around the world in the service of abolishing incorrect beliefs and thinking.