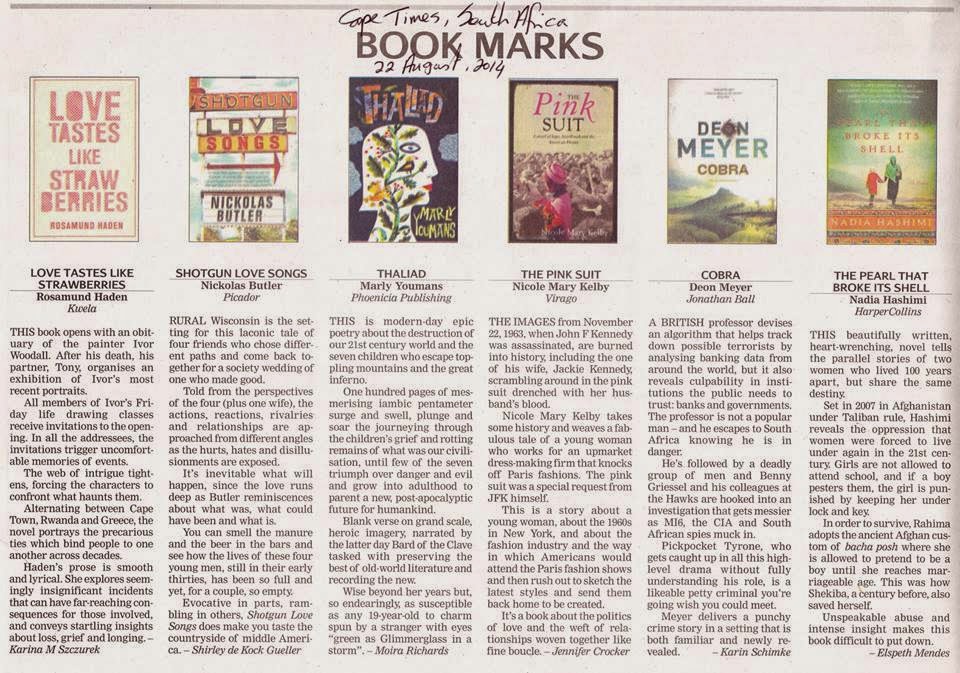 This is modern day epic poetry about the destruction of our 21st century world and the seven children who escape topping mountains and the great inferno.
One hundred pages of mesmerizing iambic pentameter surge and swell, plunge and soar the journeying through the children's grief and rotting remains of what was our civilisation, until few of the seven triumph over danger and evil and grow into adulthood to parent a new post-apocalyptic future for mankind.
Blank verse on grand scale, heroic imagery, narrated by the latter day Bard of the Clave tasked with preserving the best of old world literature and recording the new.
Wise beyond her years but, so endearingly, as susceptible as any 19-year-old to charm spun by a stranger with eyes "green as Glimmerglass in a storm."
--Moira Richards, Cape Times, South Africa, 22 August 2014
Posted by Marly Youmans at 8:41 AM