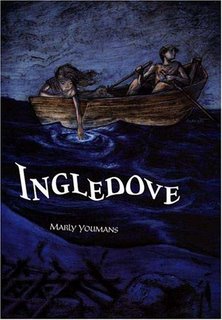 from "The news about books was positive in 2005" http://www.2theadvocate.com/entertainment/books/2164482.html

"It was a really good year for the burgeoning category of young adult (YA) fiction, writing aimed at those teen-age readers whose tastes are a bit different than those of adult readers but much more sophisticated than juvenile fans. Ingledove by Marly Youmans was the best of the YAs but Gentle’s Holler by Kerry Madden was also a strong offering. As Simple As Snow, by Gregory Galloway, fit the YA model but was every bit as complex and nuanced as any adult novel. The Cottonmouth Club by Lance Marcus featured some good clean fun in the Louisiana countryside."