The start of "Rave" 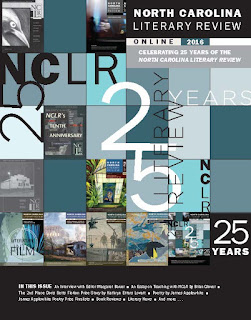 NCLR also has an online supplement, in which another of the Rave poems now appears. This one is the first one I wrote--and it was the only for a long time--written during a class of mine at the Antioch Writing Workshops in Yellow Springs a few summers back. "Anniversary Song" is closer than many in the manuscript to the original forms that inspired me. So it was the initial start, the seed that later grew.

All five poems were finalists for the James Applewhite Poetry Prize. Click on the Rave tag below for links to more poems from the manuscript.
Posted by Marly Youmans at 11:23 AM