You Asked no. 13: Reading, affinities and animadversions

In response to a request to interview some of my painter friends, I have been interviewing Mary Boxley Bullington. As she, in turn, insisted on interviewing me, a part of the You asked series will be composed of our questions to each other.

Bullington: Who are two or three of your favorite poets—the ones you return to over and over--and why? What do you look for in reading other poets? What gives you the most pleasure when you read or write poetry and what most annoys you? Why?

Youmans: Yeats. I have a love for Yeats that just won’t quit. This year I’m not dipping into him but reading him book by book, trying to get a better sense of the stages of his life in poetry. I admire the way he kept burgeoning and leafing out, and that he continued writing into age without becoming stale. He didn’t stay one thing; the young lyric poet of the Celtic Twilight is very different from late Yeats, though they have elements in common. And all this is true even though I don’t particularly care for some of his ideas, and even though I don’t always sympathize with his created mythology. Nevertheless, I like it that he has a mythology and framework and edifice of poetry, and that he mythologizes his own life and loves and concerns, placing it and them on a higher plane. I’m fond of his sense that what we see is not all that there is, and of his attempts to pierce various veils. Most of 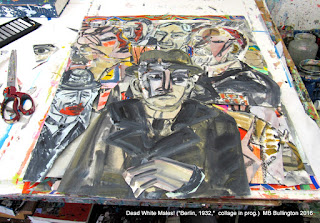 all, I like it that his poetry always wishes to approach song.

Shakespeare. How can I not pick him? He is so myriad in voice, so infinitely varied in what he undertakes. I don’t expect any more explanation is needed, even if he is a dead white male, jettisoned by hip English departments.

Lots of other poets have left work that I return to: the Beowulf poet, the Gawain poet, Wyatt, Herbert, Vaughan, Donne, Marvel, Blake, Keats, Coleridge, Dickinson, Hopkins, Bishop, etc. And that’s just poetry in English (or Anglo-Saxon.) Whim will take me back to Li Po or Borges or Cavafy or Homer (or Lodge’s versions!) or Sappho or Virgil or Tranströmer or Rilke or Darío or Akhmatova—it’s hard to say where I might whirl off to next, though I have some contemporary poets I want to read or reread, and I’ve been wanting to take a look at more work from the classical world. I started the morning with a poem by Gabriela Mistral, but this month I’ve been reading Robert Walser and Yeats and Chesterton’s The Ballad of the White Horse (clearly a strong source for Tolkien), and also Mary Kinzie’s The Cure of Poetry in an Age of Prose. 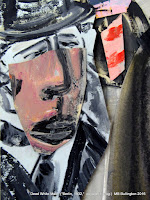 What do I look for? Both a sense of kinship and utter difference please me. I am lured by sound, truth, muscular strength, metaphysical boldness, beauty, fearlessness, range of subject, wideness and depth—by many things. I suppose what pulls me most surely is the sense of captured energy and life.

You ask what most annoys me. I don’t think annoyance ever comes into my writing or reading. I’m simply going to stop reading if a work seems lifeless and without energy. I’ll also stop when a poetry book seems too prosaic, as if a bit of prose had been chopped into lines, helter-skelter. I’m especially likely to put a book down when that very prosiness does not work in terms of prose syntax. I tend to get tired of poems with a narrow scope of subject and lack of depth.  Poetry is a great sea, with room for little jellyfish and sharks and right whales. Just as the sea needs every sort, poetry may need every sort of poet. Even the sorts of poets whose work a writer dislikes may be important to him or her—important in strengthening and establishing what it is the writer does like and desire to see in poems. And even a smaller talent brings joy and growth to its owner, and surely that’s good. 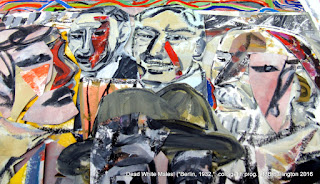 Some other general tendencies and popular academic trends bother me. I don’t like to see poets who are scornful of the past lives devoted to poetry. The proper stance for any poet in relation to the past ought to be one of humility in the presence of mastery. The dead should not be dead to us if their work is alive. The academy-based desire to wage war on what is called cultural appropriation can be destructive to an art that has long been a kind of Silk Road of cultural exchange. Who could possibly untangle those world-spanning threads? Likewise, the idea of rejecting all dead white male writers is destructive to young poets, particularly women. Don’t read Shakespeare, Milton, or Chaucer? Cut them from the English major? Just slash yourself off at the knees and be done with it! The trajectory of many ideas now trendy in the academic world is destructive to poets. The misapprehension that we still have a living avant garde in poetry and so haven’t exhausted the concepts born of Modernism is, to me, simply wrong. The academy should be a fruitful place. Too often of late, it has crafted strictures that hobble the mind.

And what do I find bothersome in my own work? I’m not exactly sorry when time shows me that a poem of my own isn’t as good as I thought it was—how terrible if I could never tell! I simply go on my path, pursuing the muse. But every poet knows that the fire in the head will never be fully matched by a poem. That’s why Yeats’s wandering Aengus spends his whole life chasing after a glimmering girl. The dream poem will always be better than the poem on the page, since no poem can quite catch the entirety of the flood that sweeps through when a poem arrives. And that’s fine. Perhaps an onslaught of perfection would put an end to future poems.
Posted by Marly Youmans at 9:23 AM