NPM5: I give you sphinx and snow cats-- 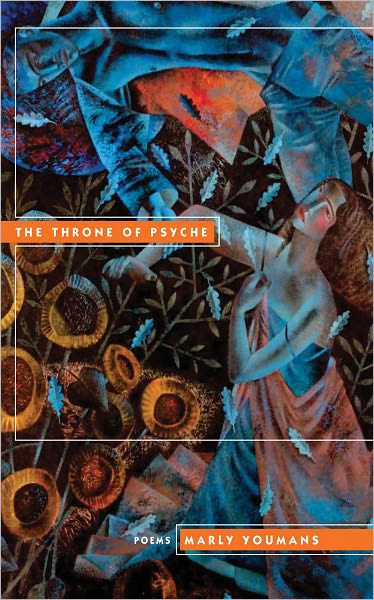 Here's one I may have posted before--certainly I have posted Paul Digby's video of the poem earlier. It's an iambic tetrameter poem in couplets, so it resolutely rejoices in rhythm and rhyme. I thought of this one because I read it at the Fenimore Art Museum on Monday, and somehow people always think it very funny that a poem should reprove a popular poet for removing Emily Dickinson's clothes. All those tiny buttons...

The poem appeared in TheThrone of Psyche (Mercer, 2011), available in hardcover and paperback. Both have a cover drawn from a detail of a Clive Hicks-Jenkins painting, and beautiful design by Mary-Frances Glover Burt. It was originally published in an issue of Raintown Review guest edited by Joseph Salemi.

FIRE IN ICE
A riposte to Billy Collins, “Taking Off Emily Dickinson’s Clothes”

For your undressings—don’t rend the haze
Of veils that shields you from her blaze.

When flames are jostled by a bold
Adept, her fingers tipped with cold.

And though in after-hours she threads
The dew she plucks from spiderwebs,

Or answers Who? to midnight’s owls,
Or strokes the cats, returned from prowls—

Or takes to skipping to and fro
With moonlit maidens made of snow,

She’ll freeze, inviolate and meek,
If you so much as try to speak.

Shove off—avoid those brazen wings:
She’s not for your unbuttonings.

The polished stone above her head
Declares her state among the dead:

Here waits that sphinx whose secret power
In riddles found her finest flower.

Here is Paul Digby's video of the poem. You may find seven of his videos of my poems here.