NPM2: I give you crazy epic adventure

Yesterday, harpies. Today? Murder! Invasion! Grief! Loss! Even a happy ending of sorts... Here's a snip from late in the long-poem Thaliad, at the end of the 21st chapter, a point in which Something Terrible has happened, and death has paid a demanding call. Thalia is attempting to comfort Samuel, but she ends up being rather blunt in her truth-telling. (This bit is also a bit of an homage to Cavafy, and if you are a fan, no doubt you will be able to see how my tip of the hat works.)

Then Samuel in sorrow vowed to her,
Now I will leave and find another place,
A village where my heart is not in earth,
And Thalia replied to him with truth:
There is no other village, is no place
To find where your dead heart is not in earth.
And still he moaned his lot, exclaimed with tears,
I want to go where ground is not a waste,
And where my life is not a ruined town.
And Thalia with mercy said to him,
In time you will begin to heal your heart
And all that seems a waste will bloom once more.
But he went on in anger, blaming God,
The strangers who had maundered into town,
The grave that meant a stone around his neck,
Until she spoke in haste against his words:
For you there is only this blood-drenched ground,
The murdered life that is your freight of guilt,
Also the murdered life that is your own,
The world that you create by how you act
Or see or how you dream the world to be,
Your world that's ruined everywhere like this,
Which you yourself have caused to be a waste,
Which you yourself have scorched with inner fire.

The sample is a good example of how the poem crosses epic with novel to make a hybrid, because the blank verse poem manages to make room for drama, dialogue, character confrontation, even in this small space. 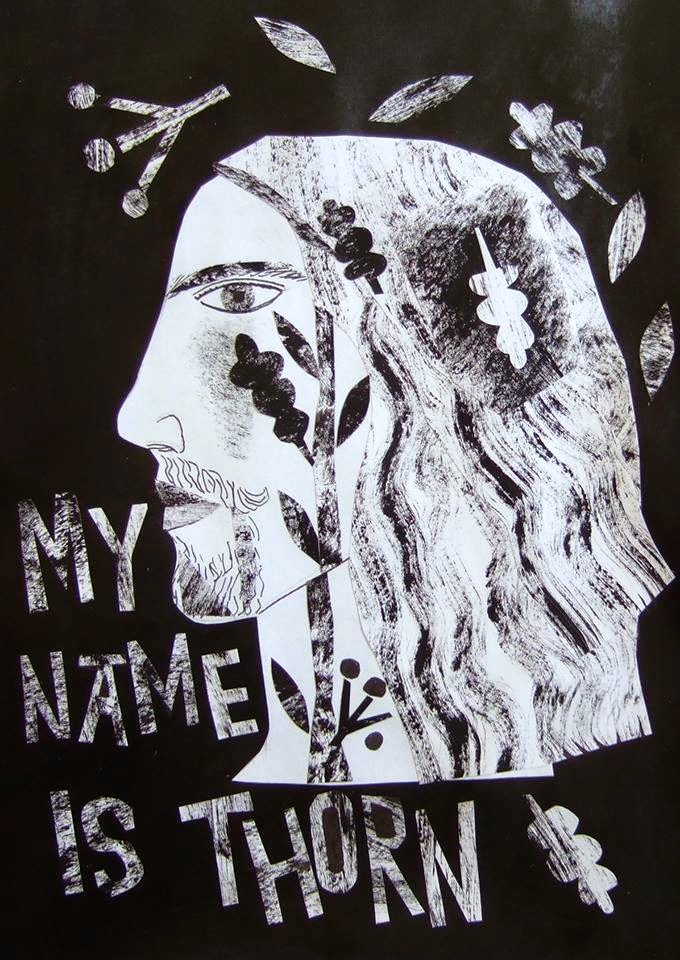 Happily, there’s a fantastic inter-textual rationale behind this book’s title and its neo-classical form. The narrator (and supposed writer) of Thaliad, Emma, is speaking 60 years after the events she describes, and learnt her trade as a poet-historian by salvaging what books she could (presumably the Classics) from the ruined world’s libraries. So Thaliad, then, fictionalises the story of its own creation; the book itself is supposedly a piece of history, written as a record of the first years following ‘The Fire’. -Tom Atherton

This is a brilliant and imaginative work. It's a writer stretching and doing something creative and different. And Youmans is poet enough to pull it off beautifully... Verdict: I loved this. Who the hell writes a post-apocalyptic ...novella in blank verse? Obviously, someone inspired by a non-commercial muse. Thaliad is beautiful and touching and deserves a wider audience. Highly recommended!" --Inverarity 24 October 2013

I would be remiss if I did not point out that the book is beautifully produced by Elizabeth Adams and Phoenicia Publishing, with profuse decoration by Clive Hicks-Jenkins. Clive and I are proud of our collaborations on books, and Thaliad is as beautiful as yesterday's book, The Foliate Head.

Available in hardcover and paperback. If you want to see more of what people say about the narrative--and there is, I must say, some stellar commentary from poets and fiction writers and critics--go here.  If you're interested in a copy of your own, you can order via Amazon or Barnes and Noble or indie bookstores, though if you want a hardcover, you'll need to go straight to Phoenicia Publishing. 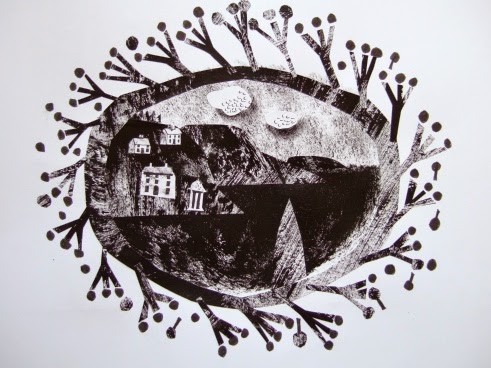 Posted by Marly Youmans at 9:57 AM