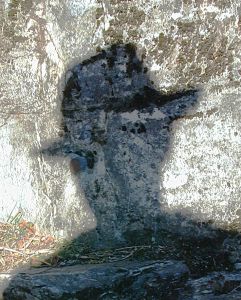 Solar rainbows are spinning around the Palace playroom, but this morning the local substation collapsed under the weight of all the unexpected sunshine. After no juice for four hours, I whipped out for a little weightlifting and a nice hot shower. And now I find the power on again--and squeezed into my mailbox with his black hat and glasses is Corey Mesler, writer and bookseller.

VerbSap: You’ve said that supporting independent bookstores keeps money in local communities rather than allowing it to “line the pockets of the wolves.” I’m all for supporting my community, but I’m also for lower-cost books. Is there a special circle of hell for people like me who buy their blockbusters at Costco but go to their local independent bookstore to find literary diversity?

Mesler: Yes. This is not a grey area. For every book you buy at Costco you will endure untold tortures of the damned. Sorry. It was, as they will tell you in hell, your own decision.

* * *
Mesler: Authors are rarely difficult. They are gentle, harmless creatures not unlike the sloth or the capybara. I love having them in my store though they bring in next to no business.

* * *
Mesler: ...Interest in books waning? Yes, definitely. We are in the endtimes as evidenced by our lack of interest in reading. Start storing water. Teach your children how to duck and cover. It’s almost all over.

***For more about Corey the poet, novelist, and co-owner of Burke's Books in Memphis, toddle over to Verbsap.com. Photo credit: This royalty free self-portrait is by Hans Widmer of Thalwill, Switzerland and was obtained at www.sxc.hu/. Evidently he is a shadowy figure. Like Corey, he wears a hat.

Corey and I have been having one of our intermittent bouts of correspondence, begun some time after he reviewed The Wolf Pit in 2002. I wrote him a thank you note, and poof! we were penpals.

He relished the love note in comments, and he had this to say about the remarks about book-reading:

A scrap! I love it that some folks think literacy, or more plainly, bookishness, is not in decline. I assume these are the same folks who answer those emails from Nigeria.

Another good Corey-line: Contests--I still enter because I still believe a fairy is gonna save the bookstore. It's the same kind of faith.

The rest of our exchanges are too funny and disillusioned to post!
Posted by Marly Youmans at 4:00 AM