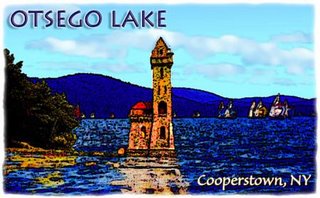 In the midst of sneezing and hacking and the displeasing ripple of chills and heat, I became possessed by a mania to clean up my writing room. In part, this must have been a reaction to my weekly cleaning lady, who does not like towers of books and believes that I should put my books into cardboard boxes and affix labels to them. That would be tidy, wouldn't it?

My writing room used to be a girl's bedroom, and it has a wallpaper of small flowers. I prefer paint. I'd like a green room. But I am not sufficiently annoyed--not enough to go to the bother of taking the paper down, despite the fact that she (I do not know her name) treated the walls rather as one treats a pincushion. I'm never at a loss for a nail. To some lazy degree, I've attempted to obliterate the wallpaper with bookcases and pictures and bulletin board and so on . . . I have four huge bookcases, one that must have once been a giant cupboard in a nineteenth-century shop or house--a green approaching Lincoln green on the outside, mustard on the inside. I also have a long low reddish bookcase that was a shop counter with shelves that belonged to the late Daniel Patrick Moynihan. Evidently he purchased the counter at the Hancock Shaker Village. Those two cases are so large that they will probably stay in the room forever--the green one was taken apart in order to fit it inside, and the other demanded much wrestling.

My little room is rather chopped up. I have one window, with a view of the backside of a big-shot magnate mansion beyond the alley, plus a patch of lake with Kingfisher Tower. The window has a lace curtain, but underneath there is a serious Yankee insulated shade. (Yes, it's snowing outside, and the wind is weirding about the corners of the house.) I have two doors, one to the back stairs, the other to the cat bathroom (how very elegant) and the laundry (wouldn't you know it.) I hung a curtain over the laundry-and-cat door so that I wouldn't have to think about how my life is made of laundry.

On the wall are a hodgepodge of pictures--prints of Renato Alarcao drawings, a centaur lady with roses for breasts and two tiny centaur children drawn by my daughter in kindergarten, the oil painting that Steve Cieslawski did for The Curse of the Raven Mocker, an intricate print that James A. Owen (illustrator, writer, projector, editor of Argosy, etc.) sent me, and lots more. Objects made by my children litter the place, and the whole thing has a pleasantly cluttered feel--at least, I think it pleasantly cluttered. I suppose it is really quite jammed. I have several cases holding lots of tiny Wade Red Rose Tea figurines. I started with fairy tale figures, and then accrued more, somehow or other. Books are in jolly heaps. Manuscript versions are in messy heaps.

Here's the lost stuff that I found while sorting and ordering:

There seems to be a heavy wing motif in the writing room. I found a scattering of blue and red glass ladybugs. Seven worn-out cock-and-hen salt and pepper shakers stand on the windowsill, and there is a small glass chicken and a tiny plastic one from a playset. A somewhat abstracted (in all possible ways) raven of carved wood stands on a old round box, and a pair of carved doves cuddle on a branch extending from the tall bookcase. The raven and doves were gifts in honor of two of my books--you can figure that one out!

2. Seven sea urchins of various sizes, pink and green and purple with horns.

3. Books that I didn't know that I owned.

Siegfried Lenz, The Selected Stories.
Eugenio Montale, Satura.
An Everyman Library version of Rudyard Kipling's Kim. I have two copies, it seems. I love that book. If I could read both copies at once, I would.
Somerset Maugham, The Collected Stories.
Willis Barnstone's translation of the four gospels, The New Covenant. Well, I guess I knew that I owned that one. But I hadn't seen it in an awfully long time.
Edna St. Vincent Millay, Selected Poems (McClatchy edition)

4. Books that got lost in the mess while I was reading them.

I refuse to admit how often this happens. But I will admit that I'm constantly losing and finding Yeats and Shakespeare. That happens on a nigh-weekly basis, except when one of them goes AWOL and cannot be hunted up for an extended time.

Susanna Clarke, Jonathan Strange & Mr. Norrell. Now that is shameful. How could one lose such a big and such a red book?
Steve Stern, The Angel of Forgetfulness. How very appropriate. And I'll finally get to read the end.

5. Dust bunnies under the Shaker bookcase.

6. Soft gray dust lawns for the dust bunnies in the space between the two rows of books that line the shelves of the Shaker case.

Okay, probably not, so how about an alternate:

7. A note from N. in my green cloth box with the three mice puppets.

The upshot of all this is that my room is cleaner and many more books are on the shelves (fiction and poetry in alphabetical order, starting with "Y"--I'm tired of being in the bottom right-hand corner, next to the passing feet and the bookstore cats), but it still doesn't look tidy. There are still what my cleaning lady will see as too many books and too many papers.

And here I am, soon to be making my bright messes, and leaving more peelings and cast-offs everywhere.

Illustration: at CooperstownTshirts.com. Get your own Kingfisher Tower! The t-shirt picture seems rather fabulous to me, as Kingfisher Tower is on the wrong side of the lake--at least as seen from my writing room window. And what are those creatures (sailor rabbits? levitating angelfish?) approaching on the surface of the water?
Posted by Marly Youmans at 4:00 AM