What I dreamed near the moon 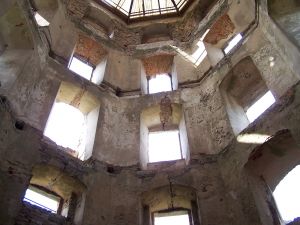 I was floating near the moon in a rose-colored nightgown, and dreamed that I could see the lovely ball of earth in great detail--could see my own house, the streets, the intricacies of cities. In my dream, the fine, fine silt of political correctness dusted over the towers and libraries of our academies. It covered over the great books of the past, it covered the lips of all Christendom, it blotted out the faces of our literal and spiritual ancestors who lifted the West into the light.

"Now," I wondered, "what will they speak about, in the high towers? Who can tell? Who can penetrate their arcane words, wrapped with many threads like a multitude of fine, dust-covered serpents, around the ephemerals of our day?"

The academic faculty members were stuffing into tiny, tiny boxes the words that they would not need any more—they would not need the word “patriot,” or the word “God,” or “honor,” or “tyranny,” or “freedom.” Thousands of already packed containers littered the floor. English professors were tying pack thread around ring boxes, and inside were phrases no longer needed: “immortal longing,” “the pantheon of poets,” “the canon,” “poetry, the Queen of the arts,” and so on.

In a tall ivory shaft pierced by tiny windows, the academic feminists sat on ancient laurels, each wreath encased in Plexiglas to keep it new and fresh. Burbling fell from their lips and was encoded in a pre-dusted convolution called an "article.”

Through a telescope at the highest window, one of them could have seen the blackened corpses left after dowry burnings, the mutilated girls, the trafficked children, those crying out for help in forced marriages. But the feminist did not place her eye against the eye-piece; the telescope was, after all, a shaft, symbol of male domination.

Out in the courtyard, a figure in a robe and a staff was shouting. His voice beat like the ocean surf against the walls. He ranted on and on about what the human soul needs to live. Boxes lay flung around his feet—they were ripped, their strings broken. He quoted Socrates. He quoted Charlotte Brontë and Isaac Bashevis Singer and Homer. Unfashionably, he quoted Jesus Christ three times, and he quoted a story by Flannery O’Connor and something that I thought might have been from the final pages of Middlemarch. It came to me, in the mysterious way things come to one in dreams, that I knew the man.

There was no doubt in my dreaming mind that the man was the very last of Athens' three great tragic dramatists--symbol and close of an age. And when I heard him say that “Love is all we have, the only way that each one can help the other,” I was quite sure of the identity of the tragic artist, because the words were all, all Greek to me, and no one was listening.