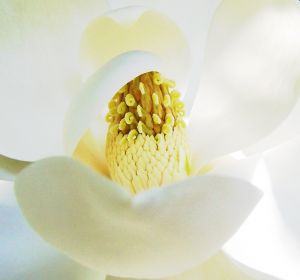 StorySouth has a feature on 'Southern women poets' that includes four of my poems: In Extremis, Southern to the Bone, The Exile's Track, and The Black Flower. There's a introduction by poet Tara Powell, who has created an anthology of poems by six writers. I'm glad that she found and included me. Although I generally feel that I don't know any poets personally and don't particularly bother with the politics of what is going on in the world of poetry--I divorced myself from the kingdom of academia long ago, and that's where most poets find their bread and jam--I do know several of the other poets.

There's Cathryn Hankla, somebody I first knew about as Susan Hankla's sister, "Cathy." Susan and I knew each other pretty well in college and grad school, and even shared a tiny apartment one summer. Since then, she has continued to write poetry and create fiber collages. I haven't seen her since 2002, when she was nice enough to show up at a reading that I did in Richmond. I remember reading her little sister's poems back when I was a sophomore in college. Eventually I met Cathy at Hollins, and saw her last at a reading in Roanoke. As I didn't have much of a Virginia audience plus was touring with my book that arrived just after 9-11, I was grateful for a Hankla turn-out...

And there's Kathryn Stripling Byer. I knew her as "Kay Stripling" when I was a girl in Cullowhee. She worked for some years in Hunter Library, where my mother was head of serials. I hung out at the library in afternoons and was a maniacal reader, to the detriment of all else. Sometimes I would run into Kay in the library or on the sidewalk outside, and we'd have a poetry chat. She later astonished me by reading my poems in magazines. I tended to feel that they had vanished into black holes and would be seen no more. Now Kathryn Stripling Byer is poet laureate of North Carolina.

storySouth: a journal of literature from the New South
www.storysouth.com/

I've been getting a lot of story commissions and acceptances so far this month: an anthology commission; an anthology acceptance; another story acceptance; and a commission for a web site. Now I need to send out a few poems. I've always found the record-keeping and the sending out of many little envelopes of poetry to be bothersome. Since Claire, I've almost entirely relied on requests--a rather lazy and slow way of proceeding.