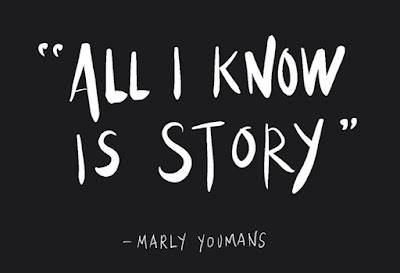 Pete Candler's storytelling project--an edifice of words and images to be built during our time of pandemic, and glancing back to Boccaccio and the time of the Black Death--begins. Like Boccaccio's Decameron,  A New Decameron will rejoice in a multitude of narratives. Right now you'll find a trailer (including one of my poems as part of an introduction from Pete) and print versions (audio posted soon) of four poems of mine with art by Bruce Herman, who holds the ethereal, leafy Chair of Lothlórien at Gordon College.

Here's an excerpt from Pete's introduction, referencing the original Decameron:


I don’t know how many people are going to read Boccaccio these days, but I had a thought: why not recreate the Decameron for our time? I want to collect 100 stories to share online in written and audio form, to provide some of that common humanity Boccaccio’s characters found in their time. The only rule is that these stories should be as fully human as Boccaccio’s, and will be about anything except the coronavirus. The text versions will be posted here, accompanied by contributions from visual artists. The audio versions will be posted in podcast form and made available on Apple Podcasts, Spotify, and elsewhere.
Each day, for as long as our social isolation lasts (and possibly longer), we will post one new reading in the hopes of making something beautiful together out of our collective isolation, and, in the words of Boccaccio, “to offer some solace…to those who stand in need of it.” We may not have a lavish country estate to retire to wait out the contagion, as Boccaccio’s characters did, but we do have this, and that is not nothing.

As Pete Candler is already the accomplished maker of the rich and challenging online project (films, still photographs, and stories) titled A Deeper South, I expect A New Decameron will be wondrous. If you haven't visited A Deeper South, go there too. "The vision of A Deeper South is rooted in the idea that the spiritual, political, and cultural health of a nation, region, city, town, or person depends upon an honest and unflinching memory; that the gravest danger to our cities and ourselves is a willful amnesia; that hope is to be found through the work of active remembrance, putting back together the fragments of personhood scattered by a culture of selective memory." Like A Deeper South, A New Decameron is ambitious and unifying in its goals.

To take pity on people in distress is a human quality which every man and woman should possess, but it is especially requisite in those who have once needed comfort, and found it in others. I number myself as one of these, because if ever anyone required or appreciated comfort, or indeed derived pleasure therefrom, I was that person.
--Boccaccio, The Decameron