Notes on a Hindsight page-- 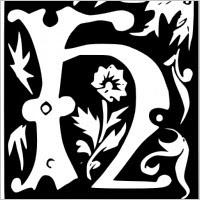 Update: Here's another link, an interesting reading of "The Wish for Roses."

Just drove in from White River Junction and see that in my absence, something of mine has materialized on Sienna Latham's Hindsight, a new by-invitation site dedicated to historical museum collections around the world and the stories they tell. For Hindsight, I wrote a poem to go with a photograph (although this one is not in a public but in a private collection.)

The photograph captures a graceful moment in the life of a great-aunt of that interesting fellow, Fredric Koeppel. When he was books editor of The Commercial Appeal (Memphis), he once assigned a book of mine for review to writer and bookstore owner Corey Mesler; later, Mr. Koeppel reviewed several of my books. That's how he came to my attention. But long before that time, he was an English professor. Today he is probably best known for his wine website and blog, Bigger Than Your Head (although perhaps as much for his vast collection of mismatched socks and his wonderful homemade pizzas, both shared on facebook.)

Fredric Koeppel's photograph and account of what had happened to his pretty great-aunt broke my heart into tiny glittery pieces. As soon as I saw the picture and read the story, I knew that I would write about her. The poem is the result of a helpless wish to restore what cannot be restored--something like the flowers, stones, or tokens left on a grave. It's a reminder, too, of old times in the prairie, the ruggedness of a way of Western life that has passed away. As such, it is our story, the sometimes tragic tale of our ancestors, here or elsewhere, living a far harder life than our own.

There are places that are just as hard still, but they are few. My husband just returned from weeks spent wandering in the Kyrgyzstan Himalayas, sleeping in a flimsy tent with people who wore no gloves, dipped their frozen sardines or mutton fat in tea, and would sometimes just squat and turn their backs to the wind for hours if a snowstorm blew in. Most of us live a far cozier life, and though we may remember grandparents who lived in a shack, we are comfortable and warm and drowning in entertainment.

If you take a look at lovely Hazel, reaching toward the roses, and at the poem, you'll meet a doubly lost life. Imagine Hazel, one of us, deceived and broken, wandering at large on the planet.
Posted by Marly Youmans at 11:13 PM