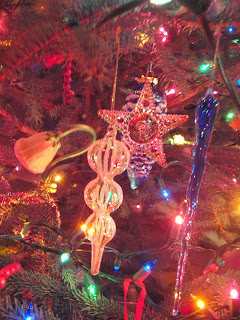 I've been reading Casting the Runes and Other Ghost Stories (Oxford University Press, 2002), a collection of the ghost stories of M. R. James, a writer I've gone back to from time to time. The twelve days of Christmas are always a good time for reading James, as many of his stories were written as Christmas Eve entertainments at his college. This Oxford World's Classics edition has an introduction by Michael Chabon, and I was interested though not surprised to see that he especially admires the particularly good tale, "Oh, Whistle, and I'll Come to You, My Lad."

Parkins, the professorial protagonist of the story, does not believe in the supernatural of any kind at all:


'Apropos of what you were saying just now, Colonel, I think I ought to tell you that my own views on such subjects are very strong. I am, in fact, a convinced disbeliever in what is called the "supernatural".'
'What!' said the Colonel, 'do you mean to tell me you don't believe in second-sight, or ghosts, or anything of that kind?'
'In nothing whatever of that kind,' returned Parkins firmly.
'Well,' said the Colonel, 'but it appears to me at that rate, sir, that you must be little better than a Sadducee.'
Parkins was on the point of answering that, in his opinion, the Sadducees were the most sensible persons he had ever read of in the Old Testament; but, feeling some doubt as to whether much mention of them was to be found in that work, he preferred to laugh the accusation off.

The young, rather humorless professor is barren of interest in any form of the supernatural that might intervene in human life, whether it be second sight or ghosts or God. He knows as little of ghosts as he knows of the Bible, and at several points has trouble following the Colonel, who is a firm Anglican and suspicious of popery cropping up in the local vicar. We know right away that Parkins will get his comeuppance before the story is done, and powerfully so.


M. R. James presents a nearly unique instance in the history of supernatural literature--perhaps in the history of all literature: he seems, for the entire duration of his life (1865-1936) to have considered himself the happiest of men. His biography, insofar as it has been written, is free of the usual writerly string of calamities and reversals, intemperate behavior, self-destructive partnerings, critical lambasting, poverty, illness, and bad luck. His childhood, though it sounds to modern ears to have been a tad heavy on devotional exercise, Christian study, and mindfulness of the sufferings of Jesus and his saints, was passed in material comfort and within the loving regard of his parents and older siblings; the candlelit gloom of the paternal church was counterbalanced, if balance were needed, by ready access to the beauties of the East Anglian countryside that surrounded his father's rectory.

I find it intriguing that there's no thought at all that there might be a causal connection; that a childhood steeped in the supernatural realm might actually be a shaping force behind his moral adulthood, professional and literary accomplishments, and general steadiness. There's no sense that the beauties of the creation might be matched by the church (which might not be so gloomy after all) and the beauties of a creator.

In this way, Chabon portrays himself as a kind of Parkins--a characteristic M. R. James protagonist who has turned his face away from the supernatural. If Michael Chabon were a character in a James story, he would very soon find his comeuppance.
Posted by Marly Youmans at 10:48 PM