Shards from the Kaleidoscope 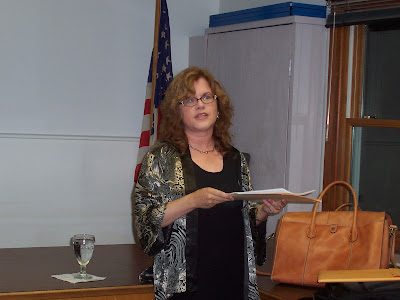 Horrible for aspiring literary writers yet delicious for the satirist is the evidently newsworthy fact that topless model "Jordan" has published a second novel called Crystal. "'It begins: "Oh my God, look at the queue!" Crystal exclaimed, taking in the long line of wannabes which snaked out of the London hotel and halfway down the road.'" Adam Lusher reports that Crystal's pursuit of a singing career has sold far more copies than the entire Mann Booker list put together. (Three have sold less than two thousand copies; two are still under the three-thousand mark. One hates to think what the numbers would have been without the help of an important prize.)

The idea of a half-naked model arriving for her book launch party in Cinderella's crystal carriage and escorted by a bevy of handsome fellows is an almost perfect image of the state of the Land of Books in our time: truly, the successful Emperor and Empress of Books must have no clothes and look darn good in her relatively-new birthday suit (surgically and cosmetically enhanced, of course!) To be strictly truthful, I must admit that it's alledged she wore a dress on the occasion, but who wants to be strictly truthful in this context? After all, she acknowledges help in what is called the authorship of the book, so she does not appear to be so very strict an author.

For the past few months, I've been chucking half-read books out the nearest window. I began to believe that I was now unable to finish reading a novel. Yesterday I went down to that exemplary used book store, Willis Monie's, and bought a book for R, Kafka's The Castle for me, and David Grossman's See Under: Love. And I am reading happily. I even stayed up too late and felt exhausted today. This made me feel oddly pleased. I'm still a reader.

Sight of the week

On Wednesday night an enormous peach of a harvest moon was hovering over soft blue trees when I went to pick up N from football. The little boys--and a few little girl footballers--drifted out of the clouds that had settled on the playing fields. Many of them wore team shirts that appeared the same orangey shade as the moon in the dusk. Everything was simplified: twilight blue, the moon-peach color, the white clouds clinging to the playing field, the green grass. Utterly fetching.

Diane Slocum, member, Friends of the Library, Huntington Library, Oneonta. A cropped version of this picture ran in our local Cooperstown Crier, along with an article by young writer Dan Pelletier. He took a good deal more trouble with the article than most people do, and has garnered praise--people say that the quotes "sound like me." If you've ever been interviewed for a feature, you know that accuracy in quotes is rather unusual and worth saluting. Dan is an M. F. A. student at Goddard College who freelances for the Crier and works at Hartwick College; you may see his stories and novels-to-be some day.
Posted by Marly Youmans at 4:00 AM