A Little Man of Letters 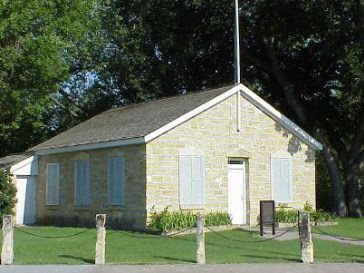 Just now a little man with an accent drifted into my mind. He was perspiring but did not take off the black raincoat over his dark suit. I’m not sure whether the coat looked shabby or was merely smeared with chalk dust on the arms. I was trying to place the accent, unfamiliar to me as a child; it would not have been French because I had moved from Louisiana and knew a smattering of French, learned from neighbor children. Somehow I imagine that he must have been Spanish or Italian.

I was like him in a way. In the landscape of Kansas, I was profoundly strange. Nobody who talked like me went to Washington Elementary. I was a drawling, sweet-talking astonishment in an era when few people had televisions or traveled far on vacation. Nor did many people move to the heart of the country, although there were a few families who had come from elsewhere—my father had come to teach at Fort Hays State, and so did others. This foreign man in his black suit and I were both as strange as Peggy, a pretty little girl in my class with tiny stubs for fingers. Her father had fashioned rings to fit her fingers, a thing that struck her classmates as cunning and a bit magical.

Perhaps I am wrong; perhaps I have made the man in the black coat foreign in memory. Perhaps we were both strange in having a love for words. He was a traveling penmanship teacher: a circuit rider preaching the Word. In his briefcase were brilliant colored chalks. Never again have I seen sticks of chalk quite so jewel-like. He especially liked to scatter rubies and emeralds, and he reminds me now that memory is a rich and myth-making thing.

I was the penmanship teacher’s pet because I had the most wretched handwriting in the class, perhaps in the entire school. He took me on as a special project. I can remember spending hours in the tiny pink house across from the ball park, laboriously writing the alphabet and then sliding the transparent Palmer alphabet card over my letters to check them. By year’s end my handwriting matched the card.

I wish that I could remember his name. We moved away; we were always moving because a Georgia sharecropper’s son can’t stay still too long. He has to see the world. Of course, it’s hard for a child to remember all the names when they change so often.

The penmanship teacher would come into the classroom while we were somewhere—recess, it might have been—and would have partially written some motto on the board by the time we filed to our seats. He had a lovely hand with Spencerian tendencies and liked to lavishly elaborate the capital letters. His arm moved freely, the decorative flourishes streaming behind his fingers. It seems impossible to recapture a world in which children play out-of-doors or read and hardly know television—where they are held spellbound by a dark-eyed man with a stick of sapphire chalk.

Photo credit: I have borrowed the image of Plymouth Schoolhouse from http://www.travelks.com, the Kansas Travel and Tourism website. The school dates from 1874 and was moved to campus of Fort Hays State in 1977. Penmanship was one of the subjects taught there.
Posted by Marly Youmans at 4:00 AM