CHARIS IN THE WORLD OF WONDERS
I've been grateful for the many good reviews of the novel, and now for a interestingly "mixed" review from "Editors' Picks" at Plough Quarterly. If you're wondering how this writer reacts to a mixed review, well, it's to say that all thoughtful attention helps the book--and here also to run through her mind why the pattern of a human being going through trials before finally winning home isn't proper as an appropriate and compelling narrative shape. Old as Homer. Older. But I'm pleased to have the consideration of the book all the same. So many thanks to Joy Clarkson...
Clip: ...to conjure this premodern and enchanted way of encountering the world, where babies born on the Sabbath are cursed and moose are near-mythic creatures. Reading historical fiction can sometimes feel like a one-sided game of Trivial Pursuit, in which the author inflicts upon you every fact he or she ever learned about the time period. Not so with this book. Charis’ world is one in which I thoroughly believed, full of people I couldn’t help but care about. The archaic language felt natural, and its premodern mindset, full of assumptions alien to the modern experience, was revitalizing to inhabit. 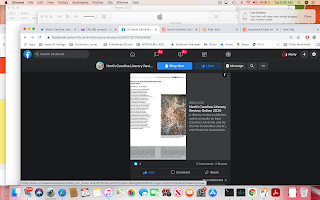 THE WOMAN IN THE WALLS
Pilfered just after it popped up on NCLR on facebook... "The Woman in the Walls."
And no, it's not autobiographical, though there's a wisp of truth--did watch a wall being built with children, and the maker gave a broken trilobite to my daughter. That's somewhat rare for me, as I like to make up almost everything. when I write... Many writers like to write out of their own lives, but I find that material rather boring compared to the frolic and fireworks possible when I invent.

WORDS IN LENT
In other word-news, approaching the end of a Lenten project of writing a formal poem every day. Almost there... Pentina, terza rima, otttava rima, sonnets, blank verse, and more. And a second Lenten project is almost complete--making videos of other people's poems for the Cathedral Arts program at The Cathedral of All Saints in Albany, New York. More on that later!
Posted by Marly Youmans at 9:09 AM