POETRY, MOSTLY
I've been down in Carolina for some weeks, and of course I did not bring enough books with me (because who can bring enough?), even though there are books here as well, and I somehow tumbled into the lovely Harry Alter Books while my mother was at PT and came out with a Modern Library Pound Poems and Translations, some Horace odes, a pretty Petrarch collection, and Rupert Brooke. This plunge into book-greed happened despite the fact that I toted plenty of books with me, including the new Sally Thomas and Jane Greer collections (if you didn't see our three-way reading, it's mostly--minus a bit of techno-slip--on my Charis in the World of Wonders page, near the end. Jane reads from Love Like a Conflagration and Sally from Motherland.)
The reason I succumbed to another Pound collection was that I had the yen to read him while reading Timothy Steele's interesting nonfiction book, Missing Measures. Having a memory like a sieve, I did not recall--or else Steele has been an indefatigable hunter--so many expressions of uncertainty about vers libre from Pound, Eliot, and Williams. I'm afraid I laughed at Eliot's dismay when his niece sends him some of her school-assigned homework: free verse poems. What you and the public schools have unleashed on us, Thomas Stearns! A Niagara of poems... Steele talks at length about the disappointment of all three with what was accomplished, and how no hoped-for new metric emerges from Modernism and why that might be. It's a fascinating book that zooms back to the classical world to show the roots of free verse, and how various ideas pertaining to prose writing and poetry writing become braided, swapped, or muddled along the way. It's a useful book for any young poet, I would think, and might just convince one of the need to return to roots, or at least examine them.
A FEW POEMS JUST OUT AND ONLINE
"An Apple Tree Carol"
at
Ekstasis
and
and some
at 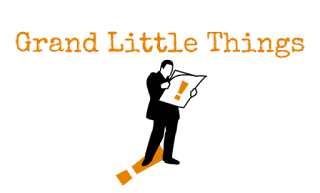 "Reverie,"
"Silk,"
and
"Metamorphoses."
So that's 3 poems at Patrick Key's new Grand Little Things.
DR. JOHNSON
Versification, or the art of modulating his numbers, is indispensably necessary to a poet. Every other power by which the understanding is enlightened or the imagination enchanted may be exercised in prose. But the poet has this peculiar  superiority, that to all the powers  which  the perfection of every other composition can require  he adds the faculty of  joining music with reasons, and of acting at once upon the senses  and the passions.
Posted by Marly Youmans at 8:15 PM