Here's the merest snip of dangerous weather on the lake from Thaliad . . .  . Because I am dreaming of hot weather and a thunderstorm over Lake Otsego instead of ice and ice and blebs and icicles and rimed crystals and simple prisms and stellar or sectored plates and dendrite crystals and triangulars and plate crystals and fernlike stellar dendrites and bullet rosettes and crystal needles and hollow or capped columns and double plates or split plates and snow and snow and did I say ice and snow? Ah, the alien, barely inhabitable realm of Yankee winter with its radiating dendrites--so strange, so insane, so cold-and-virus laden, so ingenious in its complex miseries, so full of barkings like a seal, so many-kleenexed, so white, so starry, so shivery, so interminable, so Narnian, so White Witchian.

See that white woman on the jacket of Thaliad? She's cold, isn't she? And she's dreaming about leaves and birds and fruit. But she's white as snow! Give that poor child some leafy frolic, will you?

Excuse me, y'all, while I go out into the back yard and howl my no-doubt temporary madness caused by accumulated stars and my nigh-complete despair of spring, letting the echoes (in a Southern accent) reverberate from the ice of Otsego bloody Lake. Thank you for your kind understanding.

And now for a moment of heat, excessive heat . . .

The roses blossomed on heat’s lattices
In blues no earthly rose could conjure up—
Great cabbage roses, bruising cumulus
With pearly dew that sluiced the prickled stems
And, sliding on cold streams within the air,
Vaulted from a moveable precipice
To slam from heights on wind-lashed surfaces
As lightning’s forests sprouted upside down.
Somewhere impossible to breathe and be,
Where cataracts are ring-tailed roarers seized
And then let go, where hail is grown from dust
Like instant pearls to rattle in the sky.
A power struck war hammers on the rose
And rock of anvil-clouds: the rain obscured,
Erased the land, ascended as a mist.

Of course, any time we get some good old burning heat up here, it's going to transform into something ridiculous like a violent hailstorm. Because that's just how it is on the edge of a deep, mysterious Yankee lake with its own castle and fjordish serpent. 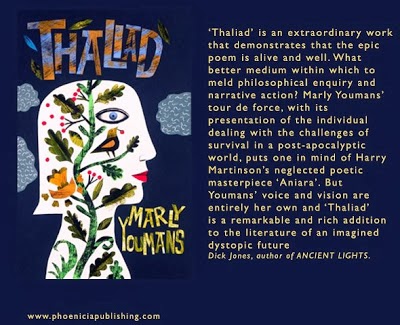 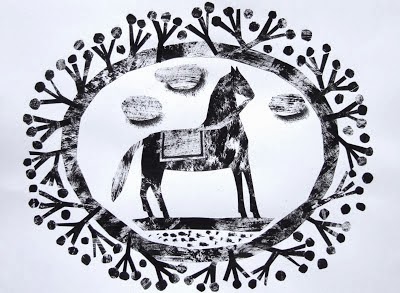 Posted by Marly Youmans at 5:44 PM