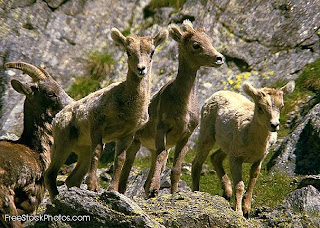 Here's another question and answer from the Shared Worlds people that will eventually go into the writers' pot at the Booklife site. I'll let it sit a few days and then tweak the answer and send it over to Jeremy Jones at Wofford.

It'll be clear that I have evaded answering the first half of the question. As it happens, I didn't feel like it and have exerted my right to be whimsical and difficult. Feel free to pelt what is there with rotten fruit. Or even to make sensible (or silly--I have a liking for silly) suggestions.

The question is from writer Nisi Shawl: ROAARS is an acronym used in Writing the Other [written with Cynthia Ward] as a shorthand designation for a set of differences dubbed "important" by the dominant culture: Race, (sexual) Orientation, Age, Ability, Religion, Sex. 1.) What is your best experience writing a character of another ROAARS? 2.) What about your worst experience writing a character of another ROAARS?

As a woman, I am in some danger when writing about a man who could be described as sensitive or reflective. I was raised in an era that tried to declare that men and women were the same, but it's not at all so, "equal" being so very different from "same." I've had to tweak several male characters in revision to make sure they weren't women in disguise, and that happened even when the character in question was waging war or exerting himself in feats of redwood-climbing.

I'd say that the clearest I've ever been on writing about the opposite sex was in the book I'm polishing now. I've written a fantasy for each of my children, and the current one was for made for a sports-mad boy of 12 who came late to liking books and school (still hates homework) and who is extremely social. He is blessedly normal in all his boy-ways, and all I had to do was meditate on his likes and dislikes to have an imaginary boy rise up around me along with a pack of young associates who didn't always want to follow his lead, a fair degree of silliness and nonsense, twists and puzzles, feelings conveyed through action and reaction, a bit of revelatory violence, a fairly quick pace, and a general male refusal on the part of the primary character to ponder about anything except what must be done next, now. And football. We had to have football. If I could have worked in track and wrestling, I would have done so.

I have long advocated tossing little boys out the door to run with goats and goatherds until they are ten or eleven years old--until they are ready to sit still in a classroom and crack open a book--although nobody ever pays attention to this modest proposal of mine. So what I have aimed to write for my son and any other young readers is a book that might serve as one of the first adventures a boy hears after coming in from the fields and joining what is called civilization--a story full of juice and sun and life. And a dash of football.

* * *
I have been rather over-involved in facebook--all those funny people! all those writers!--and am now making a resolution to do better in tending to the blog. Oh, and if you want to know about my upcoming books (I'm up to four now), please slip down to the next post.
Posted by Marly Youmans at 9:08 AM