More of the wisdom of William Plomer 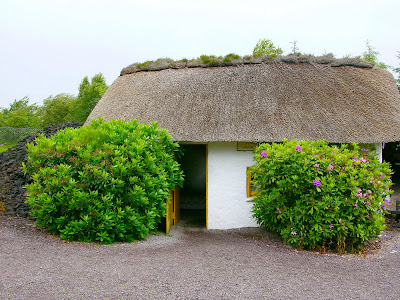 ART AND THE WORLD

from "A Writer's Faith"

"I believe in art because of its ability not only to console one when life is disheartening but for its power at any time to make life less disheartening and more exciting, to make life fuller and happier, when it already seems full and happy--when one is young, for instance, and in love, and beginning to succeed in one's chosen work."

"When we come to the question of what my belief in art has meant to me in my own life, I would say that it has meant first and foremost a battle. I do not mean a battle against any wavering or weakening of that belief held by me, but a battle against the pressure of the everyday world."

THE DEATH OF CIVLIZATION

"Leonard Woolf loved life and enjoyed many things right up to the time of his last illness. But he did feel, and had reason to feel, like most people who can recall the atmosphere in the early years of this century and who were living above the powerty-line, that the kind of hopefulness or confidence which largely imbued life in Western Europe before 1914 became, from then on, hardly tenable and eventually impossible. He felt that civilization, in his sense of the word, had largely declined and had on a large scale been destroyed..."

"Cavafy is like that old mirror which 'had seen, and seen, / In the many years it had been / In existence, thousands of things and faces;' and he has that kind of serene disillusionment and spiritual urbanity that is only to be found in old, noble, and corrupt civilizations." --C. P. Cavafy

"Round the obscure, small village spins 'on slow axis' a world 'vast and meaningful', everything matters, the transient is seen in the light of the eternal."

from "The Church Operas" (from essays on Benjamin Britten)

"It would be a mistake to suppose that the refinements of Nō make it a precious or remote or esoteric form of musical drama. 'The purpose of all art', Zeami wrote, 'is to bring sweetness to the hearts of all people and to harmonize high and low.'"

"Conversation with the Queen Mother about Elizabeth I. She said she greatly wished she had had a classical education. I asked her if she had had any classics at all. Only a little Latin, she said. She rather wistfully wondered how there could be a 'new Elizabethan Age' when people were too easily satisfied with second-hand things, cinema, television, newspapers, etc."

OBLIGING LORD BYRON AND HIS MUM

At the Poetry Dinner at the Rembrandt Hotel, over which I presided, a Nottinghamshire member told me that there is an elderly chemist stilll living in Nottingham whose grandfather, or great-grandfather, carried on the same occupation there, being spoken of in those days as an apothecary. He relates that Byron's mother once came over from Newstead, and said that if Lord Byron were to come in and ask the apothecary to make up a poisonous draught, she wished him to dilute it with distilled water. Shortly afterwards Byron came in and said, 'If Lady Byron comes in and requires you to mix a poisonous draught, you will oblige me by diluting it with saline.' The apothecary supposed that these visits were the result of a great row between the mother and son.

"THE DARK PLACES OF THOUGHT"

"He saw what the world was and he saw what it might be, and the difference between these two visions sent him into a kind of trance."

Not enough? http://thepalaceat2.blogspot.com/2009/01/christmas-to-epiphany.html All these quotes from Plomer are from Electric Delights, a lovely book from David R. Godine.

Photograph of a whitewashed and thatched Irish cottage with rhododendrons and a heap of dried peat: courtesy of http://www.sxc.hu/ and the photographer, Mira Pavlakovic of Croatia.
Posted by Marly Youmans at 3:55 PM