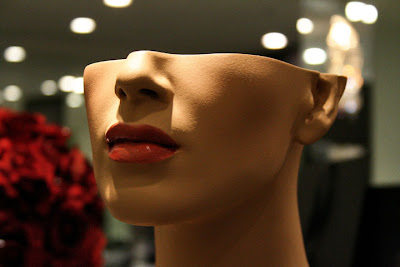 After various bouts of company and three birthday celebrations for N, I am depleted and hollow, my ears ringing like a pair of abandoned shells. (Meanwhile, N is insatiable. Not satisfied with a picnic and vigorous games to polish off the weekend, he wondered if somebody couldn't come over to play late last night. Oh, to have the fount of energy that is 10!) Nothing but play and pre-play drudgery has been accomplished around here, and it's time to get back to some serious dreaming.
Caught in a downpour yesterday, I scurried home and then curled up in a blanket to read a manuscript and commit a blurb, something I haven't agreed to do in quite a while. More about that book, Auralia's Colors, anon.
Today I'll whisk my house in order and start reading the manuscript I wrote at Yaddo. Nothing like a little time to give some fresh seeing.
Cravings for a book
I'm having a great desire to read or reread something funny, a desire that comes to me now and then and must be satisfied. If you have a passion for a certain funny book, send it my way. Some of my favorite funnies and funny writers are: Henry Fielding, Tom Jones; Terry Pratchett (I really love his children's books, and I really should read Going Postal); Chaucer, of course; Robertson Davies; A Confederacy of Dunces (strike that--I don't know if it's a favorite because I haven't reread it: the great test); Kingsley Amis, Lucky Jim (so wonderfully, marvelously indebted to P. G. Wodehouse for the Drunk Lecture scene) ; most anything by the immortal Plum Wodehouse; heaps and heaps of Twain (and, as always, living in Cooperstown and having read a good bit of Cooper, "The Literary Offenses of Fenimore Cooper"); lots by Evelyn Waugh, Burgess, Dickens, etc. I've laughed over Daniel Pinkwater, reading him to children. Ditto Sachar and Holes.
What to read or reread? Maybe Amis junior. Maybe Amis senior. Maybe Vonnegut? I have a neighbor across the park who adores George MacDonald Fraser. I've read Steel Bonnets, his wonderful nonfiction account of the border reivers, but never anything else. Stephen Fry? I've never read him, though I like his turns on the Wodehouse stage. He must have soaked up a good deal of Wodehouse along the way.
Maybe Dodie Smith? I was thinking of getting I Capture the Castle for my daughter, but maybe I need to read it myself. What are the funny novels by women? Jane Austen is funny, in her two-inch-of-ivory manner. Who else? I haven't read Smiley's Moo... I've read the creepy Shirley Jackson but not the funny one. Interesting that she could be both, isn't it? I wonder what that says about humor, and how close it is to the awful. I definitely want to read Bad Manners by Maggie Paley, who was at Yaddo last month (seems moons ago!) That's a funny book...
*
Wild bittersweet
*
jarvenpa has been reprinting her poems at www.jarvenpa.blogspot.com/.
*
I have been thinking, brother, of the white peonies
that bloomed that spring our mother died
a ragged splendor along the boundary line
having survived so many hard winters
& being green fires, green bonfires at midsummer
despite the North Dakota storms, holding their own
electricity & stubbornness. Not, you understand
that they are symbolic, or anything more
*
And you get the rest of that poem, "Waiting for Spring in the Continued World," and more if you go see!
*
Print thresholds
This is just for people who like to keep up with my shenanigans. First, stories: “Power and Magic” forthcoming in the Firebird/Penguin anthology, Firebirds Soaring, 2008; “Prolegomenon to The Adventures of Childe Phoenix,” in the current issue of Lady Churchill’s Rosebud Wristlet; “Drunk Bay” is slated for issue 13 (Winter 2007) of Postscripts (U.K.); I’m unsure about a date for “Rain Flower Pebbles,” as I thought that was issue 11 of Postscripts but didn’t see it on the list; The Chinese Room,” We Think, Therefore We Are ed. Pete Crowther (DAW Books, forthcoming); “The Comb,” Fantasy Magazine; “The Seven Mirrors” forthcoming in anthology of novellas from Prime; “The Four Directions,” forthcoming in an anthology tba, “The Gate House,” forthcoming in Argosy; “The Salamander Bride,” forthcoming in “The Beastly Bride” (Viking, 2009). “The Smaragdine Knot” is out, timed to match up with the Scripps spelling bee. Logorrhea: Good Words Make Good Stories, ed. John Klima, (Bantam Books, 2007.) My novella, Val / Orson is slated for late 2008 at P. S. Publishing (U. K.)

I’m a little fuzzy on poetry publications, as my notebook has as many legs as a spirobolid millipede (homage to Dave Bonta) and is always wandering into crannies, but "Self-Portrait as Dryad, No. 4," "Here We Go Round," and "Self-Portrait as Dryad, No. 2" are to appear in the June issue at Mezzo Cammin—“an online journal of formalist poetry by women—and “The Sea of Traherne” appeared in the April issue of Books & Culture. Oh, and "Botticelli" at qarrtsiluni and "A Fire in Ice" (a riposte to the Billy Collins poem, "Taking off Emily Dickinson's Clothes") in an issue of The Raintown Review guest-edited by Joseph Salemi. Hmm. Can’t forget Klima’s Electric Velocipede, scheduled for fall: “When Demons Ruled,” and “Why the People Disliked Art, Circa 2005.” An old poem, “Children of Paradise,” is being reprinted in the 35th anniversary edition of Cold Mountain Review. There are a few more that I can’t remember… But then there's so much in life I can't remember!

Credit: The half-headed mannequin is courtesy of the photographer, Georgios M. W. of Denmark, and www.sxc.hu/.
Posted by Marly Youmans at 4:00 AM