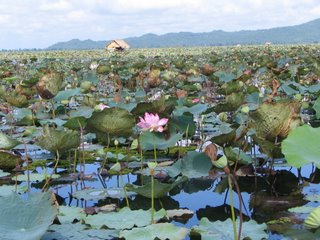 Time has passed and I have not written—as I promised to write—about any of the interesting things that happened in the city:

my visit to MOMA with Deb. Actually I wrote three pages about it, but I don’t see why on earth I should inflict them on you;

Ed Baynard’s show at Sara Tecchia. No, strike that one. I did do that;

a visit to Makoto Fujimura’s loft and studio. That was marvelous, and I really should have written about it. Fun to see his sticks of unguent, the bowls of dried jewel-paint, the pictures in progress;

my reading at the Yale Club of New York;

how I was hugged by a Nigerian princess, just after she told a story about when she accompanied her mother’s body home, and how the royal family tried to make her worship their idols but she would not.

Eh, time moves on, and now I am busy with taking little boys to baseball games and going to school meetings and other important Cooperstonian activities.

I just looked up the order of the 7 deadlies for R, who is lying on the daybed reading Garth Nix and asking questions. And I found this entertaining little skewer: "You probably commit some of them ever day without thinking about the rich tradition of eternal damnation in which you are participating." www.deadlysins.com/

Here's something from what I was reading when I could have been writing one of the missing blog posts:

Third looked ordinary, to herself and others. She loved numbers. Her cousin, who was a man, had a position as an Accountant. Third would sit next to him in rapt and silent wonder, as the yarrow stalks clicked back and forth, counting in fan-shaped patterns. Her cousin was charmed that she was interested, sweet and silent as a child should be. He showed her how the yarrow worked.

Numbers were portents too. They were used as oracles. This was a practical thing. Rice shoots were counted; yields were predicted; seed was stored. Numbers spread out in fanlike shapes, into the future.

Third could read them. She saw yarrow in her mind, ghost yarrow she sometimes called them, and they would scurry ahead of the real stalks. They moved too fast for her to follow, flashing, weaving. They leapt to correct answers, ahead of her cousin.

If anyone asked Third how much rice was in a bowl, she would answer, “enough.” It was always polite to answer that there was enough rice, even when there wasn’t. But if anyone had pressed for more detail, Third could have answered, “Six hundred to seven hundred grains.” The yarrow stalks in her mind would click, telling her how much space ten grains took—as represented by so many lengths cut into a stalk—and how much space there was in a bowl. The ghost yarrow opened and closed, like a series of waving fans, beautiful, orderly, true.

As Third carried food to her mother in the fields, the yarrow would move. They told her the number of rice shoots, and the rate of their growth. She would have an early sense of the harvest, and how many days were left until they all could rest. She could not follow the waving fans, but she could feel her mind driving them. It was a pleasurable sensation, this slight sense of forcing something ahead. She could make them go faster if she wanted to.

It was how she saw the world; it was as if the world were a forest of yarrow, moving all around her, as if numbers were leaves, rustling in the wind.

That story makes a wound—like an old Cambodian war wound that seeps tears when the weather is hot.

The accompanying picture, "Lake Life," is a royalty free photograph by Atif Gulzar of Lahore, Pakistan, from www.sxc.hu/. He says that he loves "nature and pure things," a phrase that I find attractive. His English has a charm: "It is man made a lotus lake outside the batdambang city. Arround 10,000 man died during its construction at pol pot regime time. Now it is symbol of peace. People grow their religious flowers (Lotus). Many people also live inside this lake to look after the flowers." I love that last line, and though I know that it refers to houses on stilts, I prefer to take it literally. Thank you, Atif!