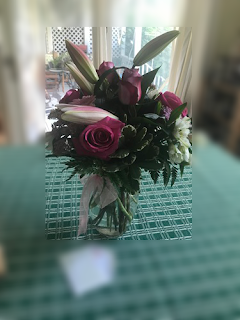 Some poems that the late poet, editor, and professor Kim Bridgford accepted for Mezzo Cammin are up--now re-accepted by editor Anna Evans. Thanks to her and the journal!

Here are titles and first lines to entice you to fly HERE...

The Maiden-Saint of FranceWhile still a child I was a thing men fear,The fire-struck one who has the ears to hear

The Watering PlaceWe wished the stream to be alive, as rinsedAnd quick as a twisting blue rill of thought.

Far Away Long AgoThe world’s as rust as blood, as whiteAs sperm, as black as ebony— 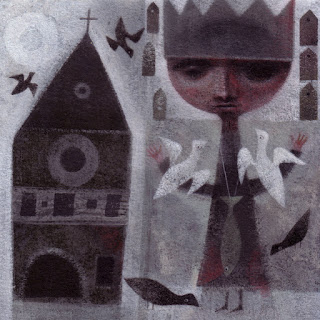 ARTS AND A BRIDGE BETWEEN TWO EPOCHS
Dimitry Shvidkovsky, Director of the Moscow Architectural Institute:
Our main goal now is to connect the time in which we live, to the years when the last churches [before the revolution.—Trans.] were built. The construction of such a bridge between the two epochs is very important: The times before the 1917 revolution seem to me to be a period of one of the highest manifestations of Russian Church architecture, which by no means was in decline, but on the contrary, it was on the rise and flourishing.*
A bridge between two epochs...
Although this quote is from an interview about Orthodox church architecture, it's something I've thought about a lot. We have the return of figurative and narrative art in recent years, in great part banished by Modernism and Postmodernism and its aftershocks. We have, indeed, the return of painting itself. Private classical studios have done the work that art schools used to do, passing on the knowledge of painting in oils. Likewise, poetry has thrown a bridge back to the past while moving onto the future. Narrative has reappeared in poetry. Book-length poems have returned. A subset of writers embraced form, and that fascination has helped to push us away from the long, long dominance of the short lyric poem.
*from an article by Dinara Gracheva, "Church Architecture Doesn’t have to have the Same Objectives as Secular Architecture; An Interview with the Director of the Moscow Architectural Institute, Dimitry Shvidkovsky," in Orthodox Arts Journal
SIGNS OF THE TIMES
Here's a couple of recent tweets of my own... measures of the times in the realm of making stories and poems. What is happening in the world of books is curious but unsurprising.

13 July: Novels aren't meant to be bowdlerized by agents and publishers and "sensitivity readers" who act like bossy committee members! May your friend stand strong and maintain the book as he dreamed it to be. As he made it to be. I send him good wishes, whoever he is...
9 July: I recently used Moby Dick as an example of why writers shouldn't use "beta readers." Just think what they would have done to that book! It is great and weirdly holy in both energies and essence.

If you're a maker, don't let others warp what you make to fit into the Procrustean box of the era. You can't help being of your era--that marks your work regardless. But you can make the thing you want to make by your own lights. There's a cost to that, but it is a cost worth paying.
After rulers and the ruling passions of an age die in time, the arts remain. Homer remains. The wee fat Venus of Willendorf remains! The works of the Gawain poet remains. Making is good for the spirit, so why not aspire to make something that remains, or to experience the things that remain?
AND NOW A SHINING BIT OF DOSTOYEVSKY (aka Dostoevsky)
Dostoyevsky to his brother after the firing squad, after the last-moment reprieve: "to be a man among people and remain a man forever, not to be downhearted nor to fall in whatever misfortunes may befall me—this is life; this is the task of life. I have realized this. This idea has entered into my flesh and into my blood."
How splendid! Read the whole thing HERE.
Posted by Marly Youmans at 3:30 PM