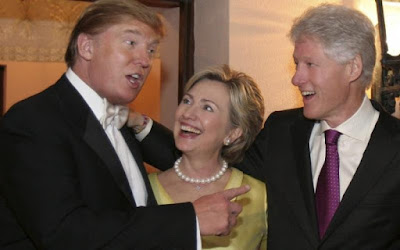 Remembering the 2013 challenge to write an inaugural poem from poets Richard Krawiec and Kay Stripling Byer, I rooted around for this poem. I find it curious to contemplate those older thoughts during this campaign, the most--shall we politely say lively?--lively and divisive American election since the campaign of 1828.

If you want to see the comments people made about the poem back in January, 2013, go here.  But below is the text of the original post:

Around five or six o'clock today, writer Richard Krawiec challenged a number of people on facebook to write an inaugural poem--Kathryn Stripling Byer is probably to blame for my inclusion on the list... (Thanks, Kay!) I curled up by the window while snow fell down and drafted this blank verse poem. It opens with images from the Bible--the lowly pot and the potter.


SO HOLD THE DREAM

Even a famous man is just a pot
Thrown on the wheel—centered and true, one hopes,
But a pot all the same. So says the book
You use today, on which you swear a vow,
Your fingertips touching the word of God
And your skin prickling with the fingerprints
Of the potter—or nervousness, perhaps.
As pot, you circle round the air, you shine,
Preserving and protecting, defending
This Constitution you swear to uphold,
Words that are wild, sweet apples from the branch
Of freedom, watered with blood of ancestors.
Like an oblation jar, now keep for us
The fruit of that dream nation pilgrims sought
And suffered, all our union marred by sin
Because we were only men and women,
Fearing the white ships at the harbor’s edge,
Fearing the dark shapes moving in the woods,
Fearing and scorning what we did not grasp.
A jar holds summer’s peaches, summer’s sun
As if no time has passed: so hold the dream,
As if both light and shade could be our joy,
As if the past could yet be a blessing,
As if our knowledge came from wrong and right
Twisted together, a tree of knowledge.
So hold the dream, and let us taste of light
In scorning no one for his freeborn thoughts,
Knowing how little we discern, knowing
That we must stand together in this place,
One country given much, among many,
One planet set against the stars and cold:
So hold the dream, and let us taste of light.