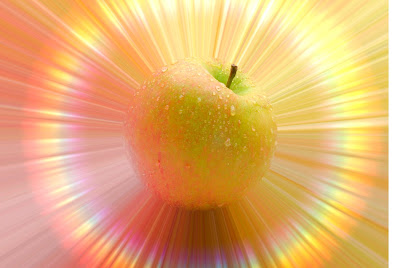 Poet William Harmon gets the grandest kind of a prize for being the very first person to drop me a note about my young music-minded cousin who has just hit the big time under her professional name of "Kristen": "In 2006, Ms. Dupré changed her legal name, according to records in Monmouth County Superior Court, from Ashley R. Youmans to Ashley Rae Maika DiPietro, taking her stepfather’s surname since she regarded him as 'the only father I have known.' But in . . . interview, she referred to herself as Ashley Alexandra Dupré, which is how she is known on MySpace" (The New York Times March 13, 2008). The just and jolly reward for dropping me a line on this important political matter of forbidden fruit will be an immediate name change from "William Harmon" to "Billy Rae Taylor D'Anunnzio," with alternate monikers of "Jonesie" and "Brandyn."

Billy Rae has expressed the thought that life is a lot more lively in New York than back home in the Carolinas. The North Carolina governor is downright boring "except for 30 mins. a year when he drives around a NASCAR track." Perhaps we can fax him Eliot Spitzer, who is terribly available this morning. Client-9. Kristin. Let's hope they can stand the excitement of their lives. Maybe even hope for a smidge of redemption and a scrap of good sense. As a dyed-in-the-cotton Southerner raised to be riddled with guilt, I have a hard time smacking anybody. Besides, Randall Jarrell told us all, "You know what I was, / You see what I am: change me, change me!" (“The Woman at the Washington Zoo.”) Of course, the context was a bit different.
Is "Kristin" of "Kristin and Client-9" related to me? I suppose so, since it's said that people in the U. S. who bear the name of Yeoman(s) or Youman(s) are all descended from four brothers who sailed to New York before the Revolution. Three (including my direct ancestor) skedaddled to Georgia, but one dug in where he landed. Evidently his branch was doing very well in the nineteenth century, but perhaps some of them have come on hard times since. By the Depression, most of mine had had their skinny Georgia butts vigorously kicked by history.
My husband, having read the Times and The Drudge Report over breakfast, suggested that I tart up a good nom de plume. I'm working on it, now that I've finished laboring over Billy Rae's reward. And Mike reminded me about all the mightly hordes of people who will be googling the young was-Youmans and discovering their passion for poetry and novels . . .
Now ain't that a thought?
***
Photograph credit: I've wrested this piece of forbidden fruit from the pictorial tree by permission of http://www.sxc.hu/ and J. G. or "LittleMan" of Belgium. Seems as though we all have at least two names today . . .
Posted by Marly Youmans at 12:30 PM