Currently out of print in FSG hardcover and Harcourt paperback

The novel’s many dramatic and traumatic events will keep the reader breathless, while the haunting, lyrical language and the fierce intelligence behind it remind us we are reading a writer and storyteller of the first order.
Publishers Weekly, * starred review

Now, Youmans, who was reared in the Carolinas and lives in Cooperstown, N. Y., hits her stride as a historical novelist with spellbinding force in only her third book.  The Wolf Pit is a Civil War-era novel that remarkably withstands comparisons to such similarly oriented successes as Charles Frazier’s Cold Mountain and Howard Bahr’s The Black Flower.
Indeed, the diverse accomplishments of The Wolf Pit, especially the 19th-century cadence of its quietly rich language, hurdle this seemingly born storyteller to the forefront of promising young Southern writers.
Bob Summer, “Novel of Civil War soldier and slave transcends genre,”Orlando Sentinel 10 February 2002

The Wolf Pit is an intelligent, lovely, gracefully written novel that packs a dramatic punch.  A Civil War-era tale, it resonates with atmosphere and characterization and a virtuosic diversity of male and female voices.  It is an outstanding and ambitious novel that shows us a writer of surpassing talent.
William W. Starr, “A tale of Civil War magnificently told,” The State(Columbia, S. C.)  18 November 2001


Youmans makes her language sing.  She is as adept at capturing the horror and carnage of war as the quiet and solemn beauty of the Shenandoah Valley in early autumn.  Her two main characters, Robin and Agate, take over the tale early and stake out territory in the reader’s heart.  Their voices are as real and immediate as a family member’s.
Greg Langley, “More than the sum of its parts,” The Baton Rouge Advocate  6 January 2001

Youmans, quite a storyteller, writes in densely textured, somber prose befitting the horrors her protagonists endure.
Deborah Kalb, The Washington Post 13 January 2002
Ms. Youmans writes beautifully and the tone of voice she takes on for the characters feels very authentic, as does the compelling but harrowing atmosphere she creates of the final days of the Civil War.
Catherine Downing, The Anniston Star  14 April 2002

Marly Youmans’s The Wolf Pit is a brilliant, evocative, and masterful novel of the American Civil War . . . Her achievement is remarkable.  Youmans deserves wide praise for her stunningly beautiful language and for telling a story of the war that tries to recover its uneven course, its penetrating loss, and the murkiness of its redemptive possibilities.
William G. Thomas III, Civil War Book Review

Through the experiences of her two protagonists, the author masterfully portrays, in one fell swoop, the horrors of both war and slavery. Although I’ve read numerous books about the Civil War over the years, none have portrayed this period in history more poignantly than does this fine novel. Through her impeccable research, lyrical writing and finely honed characterizations, Youmans surpassed all of my expectations—and then some! Highly recommended.
Pat Maynard, Historical Novel Society, The Historical Novels Review, Issue 24 May 2003

Ms. Youmans is an inspiration to every writer who must compete with himself.  I had thought Catherwood unsurpassable, but Ms. Youmans has done it.  Her characters are real; they live and move in the stream of Time as if they had passed only yesterday.  Her lyricism breaks my heart and fills me with envy and delight.  No other writer I know of can bring the past to us so musically, so truly, as Marly Youmans.  --Howard Bahr

In the persons of two engaging young people, a Virginia soldier and a mulatto slave girl, The Wolf Pit confronts those twin horrors of American experience, the Civil War and slavery.  Through the many dramatic events of this novel, Marly Youmans has shown herself as a writer of skill and daring.  She merits comparison only with the best.               --Elizabeth Spencer

There is an atmosphere, a palpable sense of time and place, about The Wolf Pit which grips the reader fervently.  With her extraordinary sense of language, Marly Youmans proves herself an artist of the first order in this Civil War novel characterized by passionate action, poetic intensity, insights, and fierce intelligence.  A haunting, memorable novel.  --Lee Smith

Beautifully crafted and rich in historical detail, The Wolf Pit is a stunning novel, mesmerizing from beginning to end.  Marly Youmans is a wonderful writer.  --Jill McCorkle

The Wolf Pit is a fever dream of a book, a lamentation by a mutilated slave girl and a star-crossed Confederate soldier.  Marly Youmans’s lyrical touch puts her in the first rank of contemporary American novelists.  --Curtis Wilke 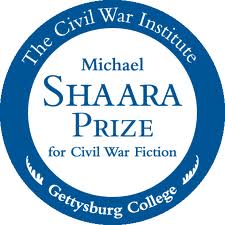