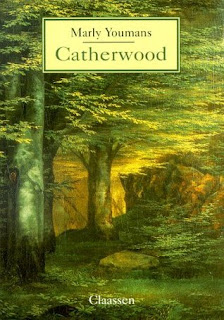 CATHERWOOD. Marly Youmans. A heart-stopping novel about a mother lost in the woods with her 1-year-old. It's insanity that no one's made a movie out of this. "10 Most Criminally Underrated Books," Entertainment Weekly, 14 March 2014

... I couldn't turn away. That first time I read Catherwood, I was still a decade away from becoming a mother. Yet despite the uncomfortable chair, I read the book in one long sitting, breathless to find out what happened to Cath and Elisabeth. I later reread the book as the mother of a small child—again all at one go, my heart beating in my throat, this time because I was anxious both to reach and to forestall the inevitable conclusion.... When Catherwood Lyte steps off the edge of the known world, she shows me an alternative that hints at the nature of discovery. Marly Youmans, claiming her territory as Henry Hudson once did this river, has no fear of unfamiliar lands. This writer knows she won't lose her reader. The question "Will they keep turning the pages if Catherwood never gets home?" doesn't seem to cross her mind. Instead, Youmans takes a lively interest in all of her vast, lonely world's particulars, even when they're so frightening as to be nearly unthinkable. She helps me, as a writer and teacher, to be more of an adventurer, to have a higher tolerance for risk, for oddity, for the plot that doesn't tie off where you think it will.
Emily Barton, The Post Road Magazine, December 2016

. . . Feeling herself “the newest of all created things,” the young woman confronts her new home, outside Albany, with a keen eye for the “lovely-fierce” sensuousness of nature.  Then one day she and her daughter become lost in the wilderness, and for months they wander about, trying to find their way.  Through her harrowing ordeal, Catherwood learns to divest herself of sentiment and fear, including the fear of “man judgment,” until she comes to understand that there are “many roads through wilderness, many paths to the city.”  In describing this process, Ms. Youmans’s language is trenchant, graceful and, in places, sumptuously archaic, filled with a richness that provides more than just period color.  Her prodigious powers of description render with acuity both small moments and large:  the sea crossing, childbirth, snowfall, the slitting of a fawn’s throat, the “rammish” stench of a trapper.  Ms. Youmans has written a subtle, intelligent novel about one of the most enduring issues in the American experiment:  how to embrace “the world and God” as “better” than men dream.
Philip Gambone, The New York Times Book Review, 26 May 1996

As she proved in her first novel, Little Jordan, Youmans can employ lyrical prose and a terse narrative to produce powerful writing. . . . Catherwood’s staunchness in the face of death earns her a ravishing and near-miraculous ending, a second rescue, as it were.  This is a subtle but magnetic novel, at once a fable, a historical romance (with time and place authentically and indelibly rendered) and a study of motherhood’s most primitive impulses . . .
starred review, * Publishers Weekly, 4 March 1996

In her second novel, Marly Youmans has created a work of great lyrical beauty and spiritual grace. . . . Youmans develops both character and landscape with quiet emotional power. . . . Youmans renders the wild, rich landscape and the intensifying relationship between Catherwood and her daughter with an exquisite austerity that transcends sentimentality or melodrama.
Paula Friedman, The Washington Post Book World, 14 September 1997

. . . It is a tale that offers suspense, happiness, and tragedy, and Youmans tells it in a style that complements it as handsomely as musical accompaniment.  Neither laconic nor gorgeous, her sentences deliver narrative and atmosphere in careful, easy phrases.   . . . The considerable power of “Catherwood” lies in its portrait of its heroine, in its vision of society as a frail pulse of life in a stony loneliness, and in its unobtrusively beautiful language.  This novel is one more proof that serious artistry can make serious themes entrancing reading.
Fred Chappell, The Raleigh News and Observer, 23 June 1996

Following an impressively honed debut novel about an adolescent girl, Little Jordan, Youmans defeats the traditional second-novel slump with an equally spare but even more overpowering tale, this one transporting the reader back in time to a century before the Revolutionary War in colonial New York. . . . The psychology of fear and grief is immaculately played out against a wonderfully created backdrop of threatening wilderness.
Brad Hooper, Booklist, 15 May 1996

This beautiful little book brings to life a 17th century woman and her world with such warmth and clarity that all sense of distance disappears. . . . A lovely book despite its tragic theme, Ms. Youmans’ second novel is a small masterpiece indeed.
Barbara Hodge Hall, The Anniston Star, 23 June 1996 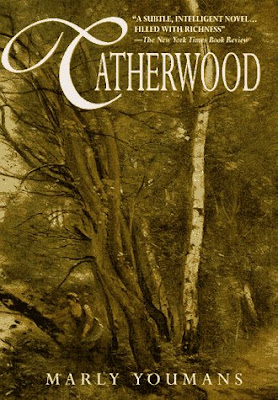